Sponsored by The 7th Chamber – The images of Embassy Gardens in London have already made their impression on the global design scene, the see through swimming pool connecting two building has easily defined never before seen design and construction innovations.

However Embassy Gardens project set to rise in London’s new diplomatic precinct, next to new addresses of American and Dutch Embassies, is also redefining modern day living space. The architects working closely with developer EcoWorld Ballymore have made sure not to only design a luxury living space, instead they are creating a vibrant new London hub. Many architects are calling the location the 3rd City within London, basically a new city within a city. Across the river from Westminster it is simply said in the centre of London. Located on the Thames riverside Embassy Gardens is to house retail and residential accommodations, in addition to the carefully developed green area. The design features Linear Park, a green ribbon designed to link Vauxhall area to Embassy Gardens, as well as to the Battersea Power Station which is to undergo a major transformation as well. Simply said the Linear Park will be what High Line Park is to New York, where Meat Packing District and Union Square itself are the design inspiration for the architects. Furthermore the new city hub will have a collection to a new Zone 1 Tube stations, the Nine Elms placed on the tube’s Northern Line. While London’s developers are often criticized for changing the landscape of the city, the Embassy Gardens is in fact presenting an urban rejuvenation of that part of the city. While the sentiment of New York is mixed into the design, the design itself is quintessentially London.

“Nine Elms on the South Bank is one of London’s prime residential riverfront locations, and Embassy Gardens represents an exceptional investment opportunity in one of London’s most desirable developments which will create an entirely new community within the city.” – said Tan Sri LiewKee Sin, Chairman of EcoWorld Ballymore The crown jewel of the project will certainly be the residential development next to US and Embassy of Netherlands, located in the centre of the South Bank’s Nine Elms. The new residential building will house 179 unites, varying from 1, 2, to 3 bed apartments and for the lucky owner a showstopping penthouse. The second phase of this development is now allowing the potential new residence to explore the apartment solutions and eventually get their new address. Where the interior designers are making sure to shape the space with the finest materials celebrating today’s craftsmanship.

Nevertheless, the first phase of the Embassy Gardens was on sale back in 2012, and in a record breaking momentum it sold out in only one week. “The release of the second phase of Embassy Gardens follows the huge success of our first phase in 2012. With the unveiling of our striking Sky Pool earlier this year, EcoWorld Ballymore set the tone for the second phase of this unique development which leads the way in innovation and design excellence.” – said Sean Mulryan, Chairman and CEO of Ballymore Group

We know what you all want to know more about! That Pool, called the SKY POOL it is suspended between two buildings, ten storeys high ! This is literally the first of its kind on the globe, this entirely see through swimming pool will allow the amazing experience to the swimmers. With its 35 meter stretch it will allow them to swim from one building to the other. It will connect the Legacy Building to the EG:LE club, which is the exclusive private members club designed especially for the residents of the Embassy Gardens. The club is to house a yoga studio, private gym, boxing ring, private library, lounge area as well as a private cinema. Now let’s talk prices, suites are to range from £602,000 to apartment prices climbing up to £1.740,000 (for the 3 bedroom), penthouse price is not released to the public. EcoWorld Ballymore has more than a two decade experience on the London market, find more images and EG info on the specially set up page www.embassygardens.com.

This post has been sponsored by The 7th Chamber, but all thoughts are our own. 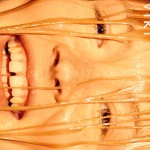 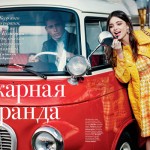