The artistic identity of Justyna Pennards-Sycz is extended between two extremes: the tradition of modern painting and contemporary tendencies of its continuous reinterpretation. What dominates her large-scale acrylic paintings, with elements made with varnish and ink, or created with the artist’s original mixed technique, is a free, expressive colour stain contrasted with linear elements that disrupt the monochromatic background of the compositions.

An immensely rich artist’s oeuvre consists of eight extensive series of paintings, similar in the way of treating the canvas, reflecting the texture, matching colours and using linear detail.

RELATED: More From The Art Scene on DESIGN SCENE

The overall tone of these large, multi-coloured, smooth compositions resembles the works of a British artist, Fiona Rae, who although working in the classic technique of oil, makes use of comparable stylistic and formal solutions. Both artists share similar artistic sensibility, habituated by the affection to conventional techniques, as well as the desire to cross the established boundaries of abstract painting – the artistic medium of expression principal for both of them.

Still, what Pennards-Sycz’s artistic legacy recalls above all are the echoes of the American avant-garde of the 40’s and 50’s of the 20th century, associated with the movement of Abstract Expressionism. It was in this circle, where the turn from balanced, coherent structure was made towards a more spontaneous, subconscious creative process, the latter being essential for Pennards-Sycz. The starting point of her paintings is an impulsive, unconditional act of covering canvas with paint, which results, as she herself says, “from an extremely strong need to paint”, from a natural, internal dictate to reach for a paintbrush and paint. Such declaration is a clear reference to a creative process of American masters, who gave up to subliminal and instinctive influences, subordinating their works to the physiognomy and opportunities given by canvas and paint. Pennards-Sycz seems to continue this method of creating art and, for the love of large formats covered with multi-coloured, luminous structures, reveals a new potential and timelessness of traditional means of expression.

Several years of exploration of the medium of painting conducted by the artist since 2012, have resulted in stylistically consistent series of works. Maintaining the chronology, it is worth mentioning five most important sets that define Pennards-Sycz’s inventiveness and creative orientation: Cities (2009-2015), Tsunami (2012-14), Ocean (2012-15), The search for reality (2013), and Night Forest (2014-15). Each of these series is founded on a different ambience, colours, textures and dynamics of the composition; all these further specified by means and aesthetic qualities representative for the artist such as, above all, decorative and highly expressive line.

The series Cities distinguishes the most from her entire oeuvre – it consists of several metropolitan landscapes, illuminated by neon lights. The compositions are built using geometric shapes, curved lines and solitary, broad colour stains. Such resolution allows to focus the viewer’s gaze on the arrangement of elements within the representation, and its structural divisions. The decisive features that diversify the series Cities are slightly disturbed symmetry of these layouts, and their noticeable steadiness. Other series are quite a heterogeneous body of art when compared with the Cities series.  The former being a restless and lively representation of emotions, existing without internal hierarchy, a response to the experience of reality, with a construction amenable to analytical classification, created by stains, lines, colours and light.

Pennards-Sycz, being a painter by profession, firmly cultivates devotion to classical forms of expression, focusing simultaneously on the process of looking for distinctly individual style and aesthetics. That’s why her artistic practice perfectly reflects a contemporary return to the elegant formalism associated with longing for a universal language of art. Written by Malgorzata Micula for the Design SCENE February 2016 issue, out now in PRINT & DIGITAL. 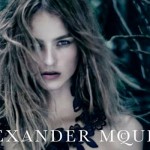 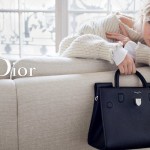