Up and comer Louise Parker takes the cover story of Vogue Spain's January 2014 edition with an elegant studio session from fashion photographer Jason Kibbler. Styling for the shoot is courtesy of fashion stylist Brian Molloy who prepared an elegant wardrobe for the promising model.

Louise is ready for the early spring days clad in trench dominated selection featuring pieces from the likes of Chloe, Alexander Wang, Christian Dior, Givenchy by Riccardo Tisci, and Michael Kors to name a few as well as an inevitable trench from Burberry Prorsum.

Louise is represented by top fashion modeling agencies such as The Society Management in New York, d'management Group in Milano, Select Model Management in London while under the care of Elite Models she in Paris, Barcelona, Copenhagen, and Stockholm. American born Louise has already appeared on the pages of Interview Magazine, FT How To Spend IT and Elle Australia, while she has also walked for the runways of fashion's greats such as Chanel, Wunderkind, and Jean-Charles de Castelbajac. 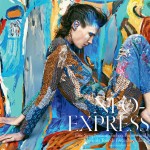 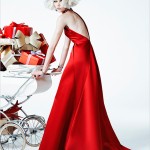