Dior Capture Total is the latest face cream to come out of the Dior Science labs, the stunning face of the campaign is supermodel Eva Herzigova. Beautifully representing the mood behind the latest Dior formula, the supermodel caries her age with pride.

The Capture Total is Dior’s new multi-perfection creme as they call it ‘an ode to triumphant femininity’. What makes this cream different to other on the market is its potential to fight the effects of gravity.

“Gravity is constant throughout our life and represents a relentless and pernicious force. Over time, the skin’s power to resist it diminishes. The balance between gravity and resilience is destroyed: the face sags. The experiment we conducted shows how facial features modified under the influence of gravity can impair the subjective impression we have of the face’s beauty. The sagging of the main identity points (cheekbones, corners of eyes and mouth) results in the visible mimicking or exacerbation of the face’s negative expressions.” – Edouard Mauvais-Jarvis from Dior Science labs

The scientists at the labs asked one simple question – “What if anti-gravity is anti-aging?”. Dior Science labs have studied for over 15 years the different populations of mother cells and their regeneration potential in the skin.

See more of the new campaign featuring Eva, behind the scenes image and unaltered short film explaining the effects gravity has on our skin. All of it after the jump: In 2016, Dior delivers the most triumphant beauty victory: DEFYING GRAVITY. Every day, year after year, the face is subjected to the effects of a natural force: gravity. Over time, the skin’s power to resist it diminishes. The balance between gravity and hold is destroyed: the face sags. By altering facial features, this sagging modifies facial expressions, and consequently its emotional impression. – from Dior

All Images Courtesy of DIOR 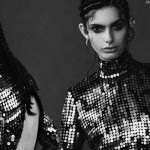 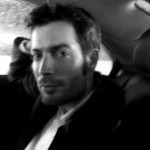