Italian Fashion House GUCCI launched an unconventional project in colaboration with four artists, invited to create virtual and real spaces that express the eclectic and inventive spirit of the House.

Alessandro Michele has chosen three innovative Japanese artists and invited them to work with him on Gucci 4 Rooms. Chiharu Shiota, Daito Manabe and Mr. have each been asked to conceive a different Gucci room based around motifs and themes that Alessandro Michele has introduced to the House. The Gucci Herbarium Room by Chiharu Shiota uses the House pattern of that name as inspiration, while the Gucci Words Room by Daito Manabe makes use of the lexicon that the Creative Director has created. The third room, by Mr., is called the Gucci Garden Room and features animals and plants from Gucci’s pool of garden imagery. A fourth collaborator, Trouble Andrew, with whom Gucci has collaborated on various collections, beginning with its autumn/winter 2016-17 runway collection, has also contributed, by developing a secret art installation. – from Gucci 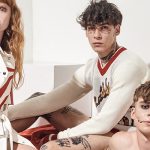 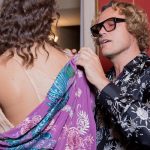