“I was quite traumatized after [filming] because we would shoot [the violent scenes] repeatedly. I was emotionally and physically traumatized. I’d come back and I’d need Keith to hold me, just to feel soothed. It worked on my psyche in a way that I didn’t quite realize. As an actress, I don’t clock in and out; it does bleed in and sometimes it’s hard to process. One of the craziest things happened after we’d done a lot of violent scenes. When you see them in the show they’re flashes, but we needed to re-shoot them and re-shoot them so [director Jean-Marc Vallée] could get grabs of stuff. I couldn’t sleep and the next morning I went for a run to try and get some of Celeste’s energy out. I came back and I’d left my key, I couldn’t get in the door. It’s a glass door, so I got a rock and I threw the rock through the door. I’d never done anything like that before. And then I realized, ‘Oh my gosh, that’s how much I’m holding all this in, the anger, the pain.’” – Nicole on filming HBO’ miniseries Big Little Lies (premiering February 19). 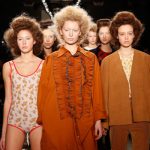 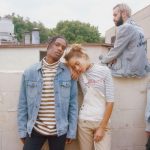