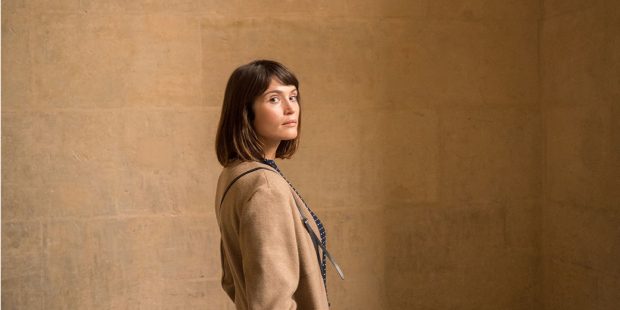 The Escape, currently showing at Belgrade Film Fest, premiered with its festival run late last year during Toronto International Film Festival. Gemma Arterton, playing the lead stars as Tara a mother of two and a housewife, trapped in a seemingly happy marriage. Her husband Marc, played by Dominic Cooper, oblivious to her growing depression shares a significant time on camera alongside the lead.

Arterton worked together on the film with writer and director Dominic Savage, talking about the story and developing the role of Tara. The subject of the movie is easy to relate to, but what brings this movie to the spotlight is one of Arterton’s best performances to date. Shot in her home town, Arterton collaborated with Savage while developing and researching on the subject, exploring the lives of women who are not able to find happiness in the every-day lives of a stay at home mom.

Dominic Cooper, who plays Arterton’s extremely self centered and oblivious husband Marc, was interested in the subject himself and felt comfortable along with Gemma to work in The Escape’s dark and terribly heavy scenes. Both actors have worked together on previous projects, and felt very comfortable to work together and fed of each other in the film’s very improvised moments. 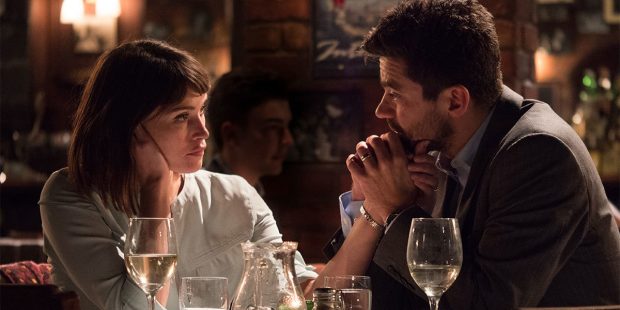 The story about a mother of two living with depression, pictures Tara living in a small London suburb. Savage intended for Gemma and Dominic to heavily really on improvisation, thus he insisted on filming parts of the film in her home town. The familiar surrounding allowed Gemma Arterton to deliver an incredibly intimate character. The story, while slow at moments, draws a poignant picture of Tara’s state of mind, while an incredible amount of unhappiness and discontent bottles up in her. Although not clinically depressed, Arterton in her role is going through Tara’s daily activities, however her discontent reaches boiling points during moments of intimacy with her husband. Tara’s continuous longing for something better in her life and marriage grows stronger with Marc’s oblivious behavior and selfish actions in bed. 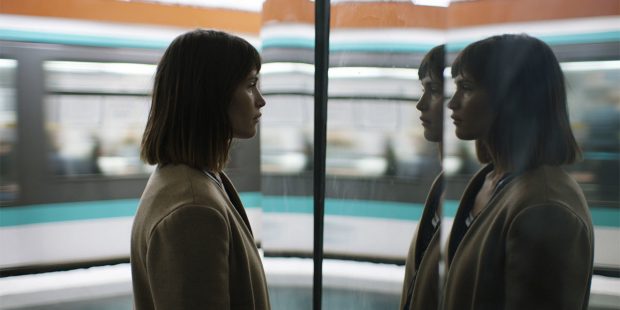 The Escape pictures Arterton in a light far from her as a Bond girl, a role she played almost 10 years ago. Along with her dreadfully written characters in Clash Of Titans and Prince Of Persia only a handful of actresses managed to re-brand themselves as successfully as Gemma Arterton. Her portrayals in The Voices, a critically acclaimed zombie indie The Girl With All The Gifts, in addition to her speaking fluent French in Gemma Bovery have brought a shining new spotlight to her career. No doubt her performance in The Escape will open new doors for the already established actress.

Moving into a faster pace in the second half, The Escape sees Tara take an impulsive trip to Paris, seemingly discovering love while heading to a museum she dreamed of visiting. The story, willingly entering the Paris romance cliche, no doubt is  left untold and allows the audience to find on their own what Tara’s problem actually is with a speculative ending.

For the time being  The Escape is scheduled only for festival screenings. Review by DESIGN SCENE Editor, Zarko Davinic @zarkodavinic. 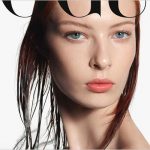 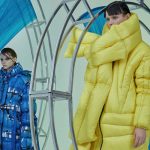