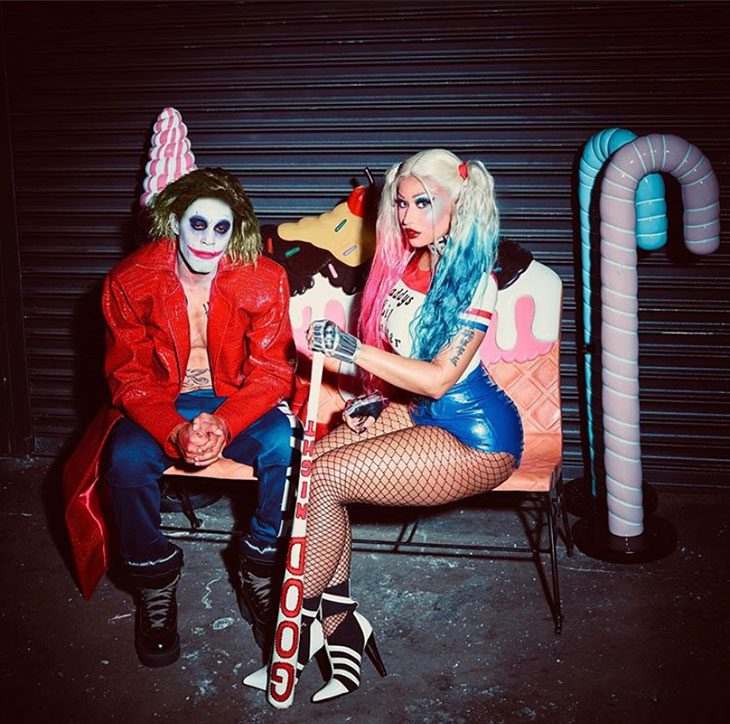 Now that Halloween week is finally over, it’s time to see which celebrities brought the best costumes to the red carpet, Instagram, and beyond.

See all the best looks after the jump:

The 26-year-old pop star dressed up as a “Twilight Zone” character who undergoes face surgery in the episode “Eye of the Beholder”, with a help of her makeup artist Daniel Chinchilla.

German supermodel has earned a reputation as the queen of Halloween with her extravagant costumes. Her latest costume took more than 12 hours to create – she began getting ready at 10am, and the look was finally revealed at midnight.

Cardi E and Cardi B having a twerk-off. @iamcardib

Ellen DeGeneres and Cardi B

“Cardi E and Cardi B having a twerk-off.” See Ellen twerking dressed up as Cardi  at The Ellen DeGeneres Show.

Ciara and her husband dressed up as Beyoncé and Jay Z, from their “APES**T” music video in which they take over the Louvre.

Harvard Law…. What? Like it’s hard??? The Keeping Up With The Kardashians star channelled an iconic female movie character Elle Woods form Legally Blonde. She even recreated the scene from the movie – Elle’s hilarious Harvard admissions application video, with the help of videographers Elias Tahan and Ricky Alvarez.

Reality star and her daughter True Thompson dressed as 101 Dalmatians Cruella DeVil and her Dalmatian.

Top model dressed up Jessica Rabbit for this year’s Halloween.

And it’s tighter than a choker, got him smilin like the Joker. Nicki and her husband picked a classic couples Halloween costume – DC Comics’ Harley Quinn and the Joker.

This is what happens when your wife admits on TV that she doesn’t know any NSYNC songs. Jessica Biel as Justin Timberlake, and Justin as a microphone.