Artist: Darren Hayes
Album: We Are Smug
Band: We Are Smug
Website: www.wearesmug.com
After some free music from Lily Allen, lead singer of Savage Garden, and now solo artist Darren Hayes, decides to share a secret project of his.
Darren Hayes: “I’ve been recording a secret side project album with my long term co-writer and collaborator Robert Conley over the past 2 years. It was finished and mixed in December last year and just last week the album was mastered.
It’s a band we call ‘We Are Smug’. Robert and I share lead vocal and songwriting duties on everything, and up until this second, we haven’t spoken a word of it to anyone outside of our circle of friends.
But today, on my birthday, we’ve decided it’s release day and if you visit www.wearesmug.com you can download it for free. This is not the direction of my next album, nor is ‘free’ the new price for my music. This is just something I am doing because I can.
While you’re digesting this, I’m hard at work on songs for a brand new studio album for next year. It’s a big ‘fuck off’ pop record. POP with a capital P if you will. You better have high expectations.”
90
SHARES
ShareTweetPinterest 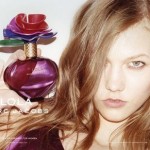 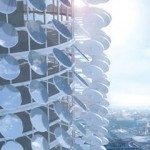