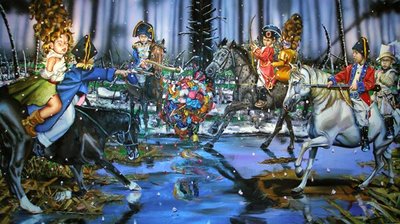 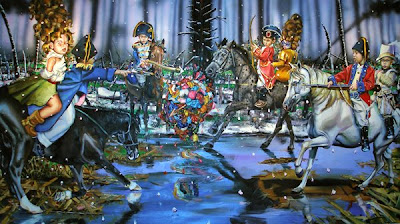 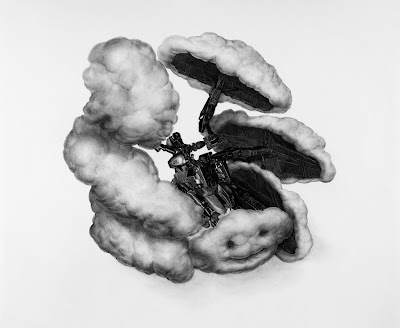 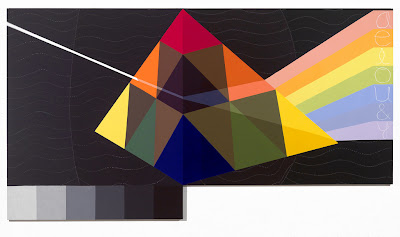 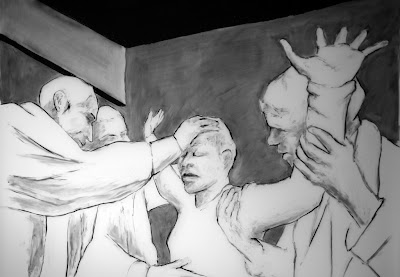 Curated by Seth Curcio of DailyServing.com

1000 Days, curated by Seth Curcio of Daily Serving.com opens on May 23rd at Scion’s 4,500 square foot Installation L.A. Gallery Space in Culver City. The exhibition celebrates the upcoming 1000th feature for DailyServing.com, an online contemporary art publication that showcases some of the most innovative contemporary visual artists working today. 1000 DAYS will present seven emerging artists in the United States whose work represents the graphic aesthetic and innovative artistic process for which the publication’s features are known. These artists, all of whom have been previously featured on the site, work in a variety of mediums including painting, drawing, sculpture, photography and new media.

Collectively, the artists address many of the major issues found in contemporary art today, combining conceptual and aesthetic elements of post-modernism, while highlighting topics such as pop culture, technology, and current social issues, often through the lens of art history. The work of Caleb Weintraub (Bloomington, IN) explores the future of humanity through large-scale hyper-colored narrative paintings, which depict a world where children have taken control and turned against grown ups. Caleb utilizes humor, pop culture and art historical imagery to illustrate his complex and ongoing narratives. Similarly, Mark Mulroney (Rochester,NY) is an artist whose works are linked together with an unmistakable humor and graphic sensibility. The artist moves seamlessly through several types of media, including installation, painting, drawing and photography, not allowing any one medium to define his practice. For 1000 DAYS, Mark will create a site-specific wall painting. Michael Rea (Chicago, IL) creates highly imaginative would-be technological objects out of obsessively constructed wood. However, the material used renders the objects useless and opens a dialogue about a world of possibilities that simply can never be. The artist often utilizes objects related to popular culture movies, and recreates the idea of that object, forcing it to remain only a dream. Chris Scarborough (Nashville, TN) is a draftsman and photographer who links the archetypes and cultural concepts of cuteness and beauty found in Japanese animation with American pop culture sensibilities. Chris employs a dark humor that seduces the viewer in order to draw a parallel between pop-culture in the East and West.

Julie Henson (Charleston, SC) explores current social issues as they relate to religious extremism in the U.S. Through haunting drawings on frosted mylar, which evoke an unfamiliar mysticism hidden in modern society, the artist is able to highlight cultural and religious trends that are prevalent, but often unnoticed by the average person. Tivon Rice (Seattle, WA) is new media artist that explores how traditional methods of learning are influenced by mass media and digital technology, typically calling for the viewer’s participation to activate the piece. Tivon’s sculptures relate a dialogue between the distanced, purely optical domain of the televisual with a sensual awareness held in our body and mind. Similarly, photographer, Christina Seely’s (San Francisco, CA) images illustrates the worlds reliance and connection to modern technology while creating a tension between the surface documentation of a photograph and the complex reality that lies beyond that surface. Her works investigate how inherent beauty often has the power to obscure a darker and more complicated truth. Matt Phillips’ (North Hampton, MA) approaches painting and collage as both object and illusion, utilizing a methodology that folds the formal concerns of Modernist painting into the intimacy of folk art. Many of Matt’s works create both optical and conceptual illusions, which attempt to create visual rhythm and turn the idea of light into sound.

*Courtesy of Scion gallery, in the order from the top artwork above by: Caleb Weintraub, Chris Scarborough, Matt Phillips, Julie Henson more artwork.