International design, fashion and lifestyle magazine, Wallpaper* is publishing a special June Issue – Made In China, to make this China dedicated issue the magazine temporarily moved its offices to Beijing and Shanghai. “Our China special has literally been Made in China. We produced the content there, looking out from the country, not just looking in. It was an adventure that very few magazines would be able to embark on, and the result is a truer, deeper take on the forces driving China forward. It's an issue our readers will devour.” – editor-in-chief Tony Chambers.

For June's cover and following fashion editorial chinese artist Li Wei reaches for the sky with speill-binding stunts among Beijing's totemic towers, eight-lane highways and open spaces, photographed by HaiLong Jian and styled by Sebastien Clivaz. To support the issue wallpaper.com got a Made In China makeover, with additional China microsite bringing you design news from the country. 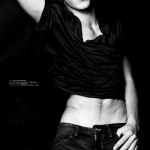 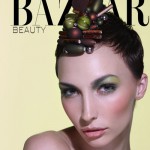