Fascinated by the dichotomy of brutality and grace inherent in the historic Spanish bloodsport, Lindahl took on the part of the invisible beast, shouting hysterical profanities at Selezneva to provoke a performance that would capture the urgency and danger of a real fight. “I wanted to do something real and concentrated,” says Lindahl, “and this was the key for me: if you lose the bull for a second, you’re dead. The bull always wins.” 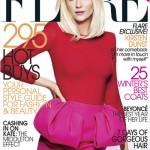 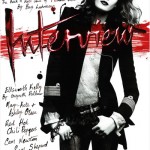