The subcontinent of India is home to some of the most bizarre, imaginative, progressive and historical architecture in the world, representing its shifts through religions and various incarnations of colonialism. Here are ten of the best architectural sights in India, aside from the famous Taj Mahal which rather speaks for itself.

1. An ancient type of structure in India are the subterranean stepwells which were originally designed to hold water; they tend hide in plain sight, just out of the way. They began appearing in a rudimentary form in the 2nd century AD as a necessity for the months of drought after monsoon season, and by the 11th century they had become huge reversed structures made of hundreds of steps narrowing down to a trench. Thousands were built by the 19th century and are still used along pilgrimage and trade routes to be used by the public. 2. The Akshardham Temple in South Delhi is the main feature of the Hindu temple complex and combines millennia of Indian and Hindu culture and spirituality designed by 7000 artisans. The main monument is 96 metres wide, 109 metres long and 43 metres high with lovingly carved detail all over the surface, and the complex hosts a theatre, music fountain and boat ride of the area. 3. For something a little more unusual, the Ajanta Caves are a series of rock-cut monuments from the 2nd century until 650 CE and have an impressive collection of Buddhist paintings and sculptures as well as an incredibly elaborate layou. Dubbed a UNESCO World Heritage Site in 1983, the Caves in Maharashtra near Jalgaon can be accessed via public busses in an effort to cut down the effects of transport on the heritage site and are a one-of-a-kind sight.

4. The Tomb of Akbar the Great is one of the most important examples of Mughal architecture, built between 1605 and 1613 in the area of Uttar Pradesh. Akbar himself commenced its construction and planned his tomb, and his son completed the work after his death. The white marble cchatri-topped minarets may remind visitors of the Taj Mahal, but actually predate it, and while the tomb is placed traditionally in the basement with a false tomb inside a marble pavilion. 5. Another great example of Mughal architecture can be found in the haunting ghost town of Fatehpur Sikri. For a short time it was the capital of the Mughal Empire, established by Emperor Arkbar and located just 40km from Agra in Uttar Pradesh and is dedicated to the Sufi saint Sheikj Salim Chishti. Fateh means “victory”, and the building represents a synthesis of styles from indigenous craftsmen with influences from Hindu, Jain and Islamic architecture. 6. The Lotus Temple in New Delhi, completed in 1986 is a worldwide Bahá’í House of Worship shaped like a giant lotus flower which has won a number of architectural awards. The Bahá’í scripture specifies its temples must have nine-sided circular shapes and no incorporated pulpits or altars; The Lotus Temple consists of 27 free-standing marble “petals”.

7. Aided by the US, the LEEDing Green building in Hyderabad mixes modern architecture, environmental concern and ancient construction practises. The energy-efficient building has 20,000 square feet of exhibition space, meetings room and offices with courtyards which act as “light wells” to minimise electricity usage and 55% of the roof area is covered in garden.

8. Another modern structure, the “Cube” is a residential home in Gurgaon in Delhi designed by architect Ganesh Ganapathy, the principal architect of the firm Stonehenge, measuring 35.25 on each of its sides and shaped as a giant glass cube which seems to be balanced on one vertex. It took six months to convert the building into a liveable space for families, and now features three main floors, a basement and a central staircase. 9.The Virupaksha Temple in Hampi, southern India is part of a group of monuments there dedicated to Virupaksha, a form of Shiva and has inscriptions referring to Shiva dating back to the 9th century, when it was a small shrine. It has since developed into a huge temple complex on the banks of the Tumganhadra River and is still used in worship. 10. Although you may not see this particular location in the guide books, the Khirki Mosque is one of the best archaeological monuments in the Khirki Village which takes its name from the word meaning “lattice windows”, of which the mosque has over 40. Four openings in the ceiling create courtyards of light in the building and the roof is a landscape of domes with a beautiful view of the surrounding urbanised village in the south of New Delhi, unlike anywhere else. There is no easy guide on where to visit in India, with huge variations in style, period and environmental factors creating diversity in the available architecture. With a little research on where to find cheap flights to India, you'll be able to see as many of these amazing sites as you choose. Good luck narrowing it down! 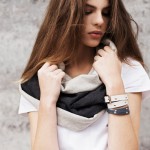 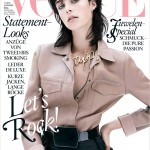