Dame Vivienne Westwood officially announced today the release of her 1st Autobiography. Vestwood tells for the first time her story in her own voice, writing and collaborating on her personal memoir with the help of award-winning biographer Ian Kelly.

“The living deserve respect. The dead deserve the truth; Ian and I are working together on this and I am excited that this will be my story, the story nobody ever did before.’ – Vivienne Westwood.

‘Vivienne is much more than what you first see. She is passionately committed to human rights and to eco-politics, but as well as that I am keen to tell the truth about a huge-hearted, warm and witty individual, whose face and clothes are known the world over, but who is also recognizably the Derbyshire primary school teacher who met and fell in love with Malcolm McLaren and changed the world.’ – Ian Kelly Describes

Not only the rule bending fashion designer, Vivienne is also known as a fearless activist. Raising awareness on global warming as well social injustice. The autobiography will also feature letters and stories of her close family, as well as design partner and husband Andreas Kronthaler. However you may also expect letters and stories told by her friends and fellow activists such as Prince Charles, Shami Chakrabati, Naomi Campbell, Jerry Hall, Bob Geldof and Julian Assange among other.

‘The thing you need to know about Vivienne is that she is utterly genuine, utterly committed. She is like the village elder you know has wise things to say, but who is also questioning, striving, and hungry to understand more. She is an icon, and the most important practical feminist I can think of. She got on with it. She founded an empire. She is full of love for those around her – generous to a fault. And meanwhile, she looks fantastic!’ – says human rights campaigner Shami Chakrabati. 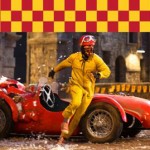 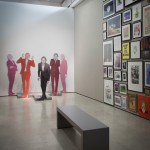