‘Of course I’d rather look like Kate Moss than look like myself,' she admits. 'I wish I didn’t feel like that, and I think the reason we feel like that is because of the imagery we’re fed all the time. Women are still expected, in some weird way, to kind of… Sit there and look pretty. And not talk.’ – Lily Allen for Elle UK 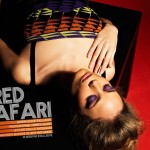 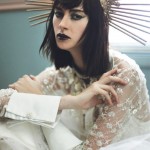