"The idea of a physically perfect man, ever a source of fascination and inspiration for Dirk Bikkembergs, is slowly becoming a reality. The latest step in this direction, taken in early May by a Californian university, has resulted in the world’s first semi-synthetic DNA, and in the possibility of creating, and naturally reproducing, supernatural organisms, aliens, perfect beings.
Inspired by this announcement that ushers in a new progressive era, the new FW14/15 Dirk Bikkembergs advertising campaign feasts on a possible future in which life will never be the same again, taking its traditional concept of the ideal, statuesque man, and developing and multiplying it to infinity." – Dirk Bikkembergs press release 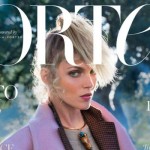 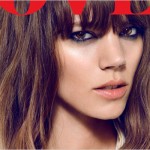