Up and comer Marina Krtinic stars in Classic Rework story photographed by Ryan Michael Kelly for Marie Claire Indonesia‘s October 2014 issue. In charge of styling was Anna Katsanis with hair by Lacy Redway at The Wall Group and makeup by Robert Greene.

Marina’s mother agency is Fox Fashion Agency in Belgrade, she is also represented by Women Management in New York, Paris and Milan, and by Union Models in London. 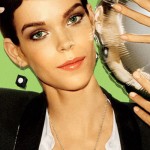 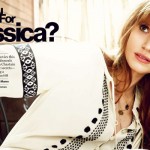