Designer Karl Lagerfeld enlists actress Kristen Stewart for the latest Chanel campaign, the actress is photographed by the designer himself.

“For me the iconic handbag is just like the House of Chanel, fundamental and modern, two qualities not usually shared.” – from Kristen Stewart

This time Stewart is the face of Chanel’s handbag campaign, becoming the front of Chanel 11.12 Handbag imagery published throughout fashion glossies in year 2015. 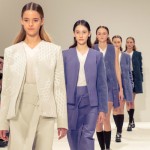 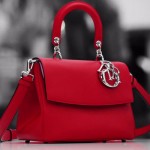