Vicky Lawton, Hunger’s Creative Director has shot a new film named Forever Young for Elie Saab’s SS16 collection. The film is a playful montage of real life friendship, featuring Eve Delf and Charlotte Wiggins. Vicky shot them embracing challenges such as Best Pose, Smile, Walk and Pout as they scribble notes and messages on the stills. The campaign is styled by Senior Fashion Editor Anna Hughes-Chamberlain.

“It’s the silly little moments and idiosyncrasies between pals that make friendships so special”, says Vicky. “I always wanted to cast actual best friends, with me just there to capture it all”.

The film is released in Issue 10 and on HungerTV

See more of the behind the scenes moments after the jump: 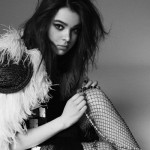 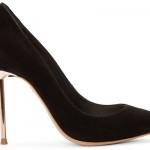