Not so long ago, a fashion week involved being in the presence of eye-catching spectacles and being within viewing and even touching distance of shimmering fabrics and beautiful designs. Purchasing meant actually going to the store. Of course, those spectacles still take place, and people still visit fashion stores, but now there is another element, and it is all down to the digital tech age. Fashion aficionados can now watch these spectacles and buy fashion on a range of devices, from computers to laptops, and especially the increasingly popular handheld devices such as iPads, Android tablets, and large-screen smartphones. The fashion industry has picked up on this trend and is now gearing the spectacle to be viewed and sales made as much on the handheld as at the fashion show or instore.

The advantages are obvious; by using a B2B platform, the designers can reach out to the stores, and via the B2C, the customers with the dollars to spend are shown exactly what is being made available for them to buy. As an added bonus, the potential buying audience is greatly expanded. Without having to take the fashion show on the road, or fill the outlets with stock, digital tech reaches the rest of the world in an instant.

The benefits are as obvious as the advantages; by digitally reaching a worldwide audience, sales are increased and the cash flows in, making the outlay in promoting various fashion brands digitally easily recoverable and an investment well worth making. Just what can and is being achieved by the fashion industry going digital is exemplified by Burberry. A decade ago, Burberry decided it wanted to harness the possibilities offered by digital technology when Angela Ahrendts – former CEO – and Christopher Bailey – the Chief Creative Officer – decided to turn the brand into a fully digital luxury company. Within three years, Burberry had launched its first digital platform, Art of the Trench, and was willing to exploit the various social media alternatives such as Snapchat, Periscope, Instagram, and Twitter. The company had entered new territory in driving its fashion brand forward. During the final months of 2014, Burberry, realizing the strength of its customer base among handheld device users, decided to upgrade its mobile site, and this led to its revenue from the mobile platform rising threefold.

Despite the digital success enjoyed by Burberry and others, the traditional high fashion luxury brand customer who visits instore should not be ignored. While digital technology provides a whole new mode for promoting and selling fashion, it in no way diminishes the importance of the land-based fashion store. In short, digital tech is a new super weapon in the sales armory. However, it also demonstrates the cold hard fact that leading fashion houses ignore the digital tech revolution at their peril. Fashion is an extremely competitive business, so being to the forefront in online brand promotion and sales is essential if a company is to survive and thrive.

The importance of digital tech in driving not only the fashion industry forward but also all sectors of the economy is highlighted by the career of Keith Krach. Krach is Chairman and CEO of DocuSign, The Global Standard for Digital Transaction Management, so is a major player in the use of digital technology in the world of business. Keith Krach’s Twitter is well worth following for those who wish to see what drives this renowned entrepreneur. 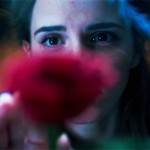