“Before I met him, well, when you think of Karl Lagerfeld, someone that amazing, you sort of don’t think they actually exist. I met him at my first fitting for Chanel two years ago. I was already nervous because it was my first season, my first Chanel show, and I didn’t really know what I was doing. I’m also pretty shy when I first meet someone. But I got to know Karl when I was shooting with him for the Karl Lagerfeld campaign. I had heard a lot from Cara Delevingne about how funny he is, how he’s normal and just a cool guy. Now every time we get to work together, the relationship gets better.” – Kendall on meeting Karl Lagerfeld for the first time. 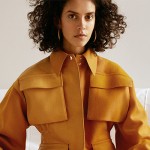 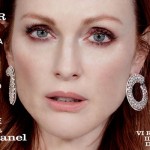