“With Moody charmingly representing a strong, confident femininity, the film encapsulates a contemporary interpretation of British Mod Culture and its immersive, bold ideology.  Bold, international and free thinkers, Mods were communicating more than just a fashion statement — it was a lifestyle, a state of mind.
As the leader of a ‘Mod Tribe’, Vanessa Moody seems to almost float through the post-industrial landscapes that surround her, while hidden messages, taking inspiration from Alan Sillitoe’s literary mantra, “Whatever people say I am, that is what I am not” unfold like a neo-realist riddle on screen. Each word from the mantra is revealed as a piece of a cryptic enigma through eight episodes.“ 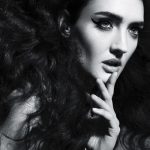 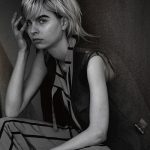