Artificial Intelligence played a central role during several discussions of Munich Media Days. For the past 60 years, this topic is explored and brought forward. What is our current state of research? Will robots rule the world and determine our lives one day? And if so, by which date? Or will machines only help us to improve our daily lives?

We curiously witnessed the speech of Prof. Dr. rer. nat. Dr. h.c. mult. Wolfgang Wahlster who is the Director and CEO of the German Research Center for Artificial Intelligence (DFKI), and in addition to that a professor of Computer Science at Saarland University. He leads the worldwide biggest research center on that field with locations in Saarbrücken, Kaiserslautern, Bremen, Berlin and Osnabrück. Even Google is participating in his institute. Worth of mentioning is the fact the list of his renowned awards is sheer endless which is incredibly impressive: In 2001, he got the honour to be awarded with the highest personal scientific award in Germany, the German Future Prize for his excellent work on intelligent user interfaces. The Federal Cross of Merit, First Class of Germany, plus the JCAI Donald E. Walker award for his substantial contributions, as well as his extensive service to the field of Artificial Intelligence throughout his career, followed. Absolutely astonishing!
Apart of that he was elected Foreign Member of the Royal Swedish Nobel Prize Academy of Sciences in Stockholm and Full Member of the German National Academy of Sciences Leopoldina that was founded in 1652.

What we learnt is the paradox about artificial intelligence: machines can certainly find a mistake in a computer chip, they can even conquer chess master and optimize steel steel manufacture. Nevertheless robots are not able to have human sensorimotor and social abilities. For example machines don’t get jokes and they also can’t change a SIM- card because their sensomotoric abilities don’t support those abilities. One of the main reasons for that fact? Human brains are regulated by hormones, whereas robots don’t contain hormones. Intelligence- wise, sundry computers have better skills than people. They can, for example, recognize faces via Live- Stream. Deep Learning makes it possible for robots to even recognize happenings, such as car accidents. Even though emotions, social intelligence and feelings take human intelligence to a higher level and that is what machines don’t contain. You may assume a number of robots have an intuition that is similar to our intuition. However that intuition is semiskilled.
When robots play football, it’s very difficult for them to act as a team as they prefer to score a goal on their own then to pass the ball.
So are robots superior to humans? So far they are certainly not, though, they are superior to human stupidity.

Artificial intelligence makes automatic personalization of mobile media presentations possible. The media content including the user profile lead to a personalized presentation. That helps us arranging our daily life easier.

Artificial intelligence is already helpful for us: most of us use personal digital assistants for our smart phones, for instance: Apple user: Siri, Google user: Assistant, Miscrosoft user: Cortana or Samsung user: Viv
Furthermore artificial intelligence can be useful for creating shopping or music lists or orders. Those devices, such as Amazons’ Echo- Alexa or Googles’ Home can even control SmartHome- functions. Incredibly interesting! But what about Big Data as asset? Are all of those datas used? To answer that question that numerous people are wondering about: In fact 95 % of all worldwide digital datas are unstructured.

– Artificial intelligence can be found in our everyday life, for instance when using any assistant on our smart phone. (as named above)

– Artificial intelligence is focused on humans. Robots should support people rather than undertaking their lives.

– but how does artificial intelligence influence diversity of opinions? We’ve to explore that point!

– Artificial intelligence will influence jobs in the media industry and it will even rearrange them.

We will definitely keep an eye on artificial intelligence and its innovations. 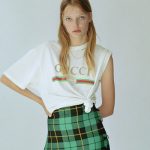 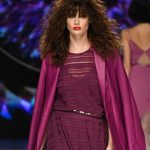