It’s a true Christmas miracle for the fans of ALIEN saga with 20th Century Fox preparing a little treat for everyone on this long festive weekend kicks into gear. The studio has released its first official trailer for ALIEN: COVENANT, but that’s not all. The schedule is pushed forward and the sequel to “Prometheus” will now take the silver screens three months earlier on May 19, 2017.

The sequel is to answer to a myriad of expectations, and likely make it up to the fans often disappointed by the Prometheus which for many did not deliver on being the next epic ‘Alien’ movie. Ridley Scott returns to the universe he created, with ALIEN: COVENANT, a new chapter in his groundbreaking ALIEN franchise. The crew of the colony ship Covenant, bound for a remote planet on the far side of the galaxy, discovers what they think is an uncharted paradise, but is actually a dark, dangerous world. When they uncover a threat beyond their imagination, they must attempt a harrowing escape. – from 20th Century Fox

See more of the new Alien as well as the official trailer after the jump: 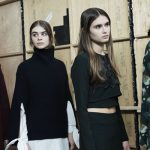 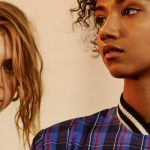