The stars of Valerian and the City of a Thousand Planets movie Cara Delevingne and Dane DeHaan take the cover story of V Magazine‘s Summer 2017 edition. In charge of photography was the legendary Karl Lagerfeld, with styling from Amanda Harlech. Beauty is work of makeup artist Peter Philips for Dior, and hair stylist Eamonn Hughes. For the session Cara & Dane are wearing Chanel, Miu Miu, and Prada.

“I didn’t know we were meeting about this movie. Even my agents didn’t know it was for this, and it was clear this was a top-secret project. I was just told, ‘Luc wants to have brunch,’ and I said, ‘Great, let’s do it.’ But when we met, he explained it all with such enthusiasm that it was clear he’d been trying to do this for so long and it was a passion project.” – Cara on meeting director Luc Besson for the first time.

“It’s not like everybody around the world is super familiar with Valerian. What I think is so cool about this movie is it can hold on to its originality and its voice for a couple reasons. First, people aren’t super familiar with the story. And second, because it’s not being done by an American studio. When I’m making Spiderman, it’s a movie made by a committee, every decision is 10 people’s decision. This is purely Luc’s vision, and that’s going to give it a really clear voice.” – Dane on why he was drawn to Valerian and the City of a Thousand Planets movie. 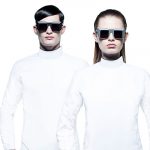 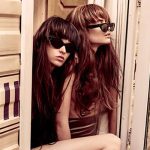