In celebration of Alien Day on April 26, Reebok is revealed two new versions of the Alien Stomper sneakers, inspired by the infamous Queen Alien and Power Loader. Designers Chris Hill and Xavier Jones re-created the Power Loader to pay the homage to the first model.

I wanted to keep it as close to the OG spec as possible. But I embellished it with those details if you were a die-hard fan you would get it as soon as you see it. The obvious thing would be the stripes that are featured on the foot of the machine. I took design influence from the top of the canopy of the machine where it was a net, so I added a mesh on top of the label. Calling back to the original series of the shoe, it was a machine, the P5000, so I added that on the strap as well. – Xavier Jones 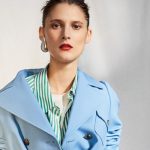 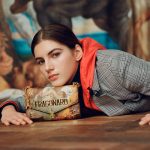