“Yes. I was told that I was getting equal pay and I believed them, and I found out recently that it’s not true. Claire and Francis are equivalent as far as their power, their union and the plot. I may not have as many scenes or words as Francis, but Claire doesn’t need to verbalize as much. Francis is an orator, a poet, a demonstrator. Claire is an [ego] that sits in the back and directs him, but they are partners on the same plane.”  – Robin On fighting the studio for equal pay. 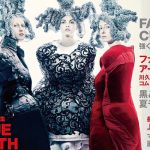 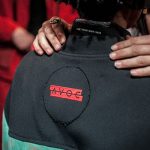