This list will take you through some of the most popular styles of our generation, such as skinhead, you normally saw skinheads wear gingham shirts, shrink to fit Levi’s 501’s, Dr Martens Boots and having closely shaven hair is must for skinheads. Another style that is listed in this infographic is Punk, this style was formed in the 70’s. Championed by designers such as Vivienne Westwood and Malcolm McLaren, the punk movement spawned a DIY fashion revolution. Please see the rest of the list from cheap designer clothes from Standout. There are many different styles that we have not yet mentioned, maybe you could even learn a few tips from the older generation. “Subversion needs ideas, and ideas come from culture. Culture gives you an anchor, roots – and from that you build your vision. If we had true culture we would not be in danger from environmental collapse. Now through graphics and slogans I am telling young people that propaganda has replaced culture; propaganda to consume and suck up: non-stop distraction! Culture is to engage with the world and our past… you get out what you put in.” – said Vivienne Westwood

Another great style would be teddy boys, that originated in the 1950’s. Teddy Boys were commonly seen wearing a slim tie, high necked shirt, double breasted suit jacket and tapered trousers. This style would be perfect for work or some type of business meetings. Teddy boys tended to listen to American rock ‘n’ roll, group of people who listened to American rock ‘n’ roll were Mods. Being short for modernists, mods emerged in the early 1960’s as a distinct social group that wore bold clothing. You would commonly see mods sporting a crew cut hair cut, bright eye-catching handkerchiefs in their breast pocket, any clothing with patches arrows and targets, tight slim fitting tops and a parker jacket. This was a smart casual look for people around the 60’s when you saw a mod, you knew they were very stylish but a bit alternative compared to everyone else.

Please see the infographic for more examples on how fashion has changed throughout the years. 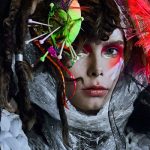