Christina Aguilera is making sure everybody’s having a truly ‘happy Friday’ by releasing Twice, her latest track. The fresh release comes from her new album ‘Liberation’ available June 15. Aguilera is offering the track already as a download alongside her first single “Accelerate” feat. Ty Dolla $ign and 2 Chainz.

Speaking in her recent Billboard magazine in an interview, Aguilera shared: “To me, there’s nothing like an amazing hip-hop beat. At the end of the day, I am a soul singer. When you strip back the words ‘pop star’ and the many things that I’ve done, singing soulfully is where my core, my root and my heart really is. And as you can see, it’s what I’m inspired by.”

Along with the new track, Aguilera also announced her long awaited tour, with the first leg starting in the US.

With “Twice” Aguilera goes back to her soulful side, scroll down for Christina’s PAPER magazine interview: 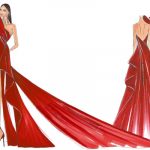 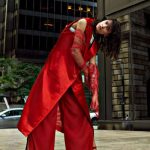