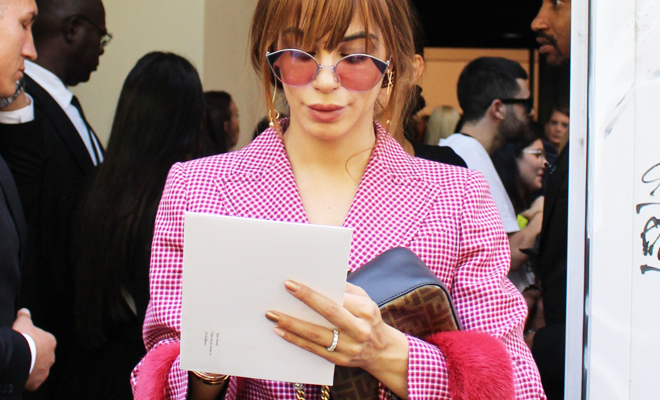 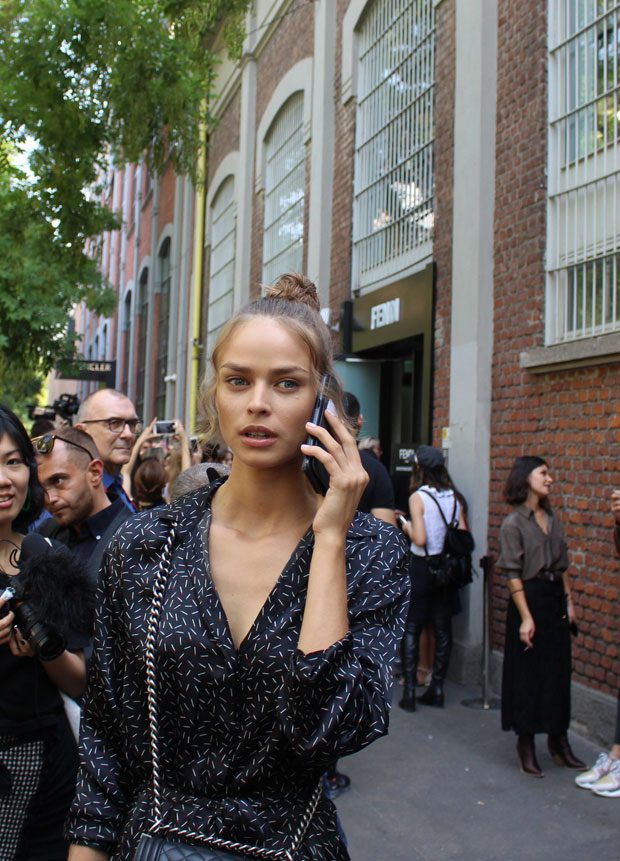 Contributing writer COLLEN DEMEREZ reflects exclusively for DESIGN SCENE Magazine on the yesterday wrapped up Milan Fashion Week. Along with some of the favourite street style moments captured by Collen the writer also discusses the SS19 trends and changes coming in the industry: 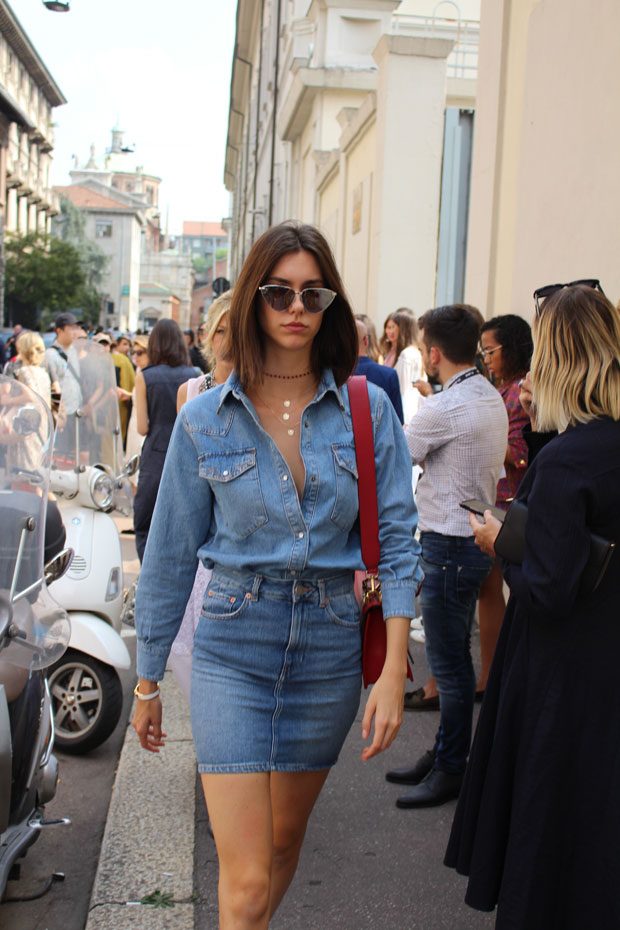 The streets of Milan were lively this season, with a sense of youthful spirit I felt in the air. From models to guests the streets were filled with smiles and laughter. Maybe it was the good late summer weather that had everybody in bright spirits but my hunch was that it was the ss19 collections. In these times of politics and just general uncertainty, it’s great to see the fashion society only seeing more reason to make fashion week a joyous event. It seemed as if the clothes on the street were now just as important as the clothes on the runways. Bloggers were in the latest gear, exclusive pre-releases of unseen collections and editors taking to custom pieces to stand out on the mobbed show locations. Even the off-duty models were competing with the best of us for the best-dressed spots, it was wonderful. Ofcourse I can’t forget the fashion youth that held their own outside the shows waiting and soaking in the fantasy of MFW. It was a sight to see, the multicoloured Italians houses balanced by the block of multi-ethnic editors, photographers, models and fashion enthusiasts. 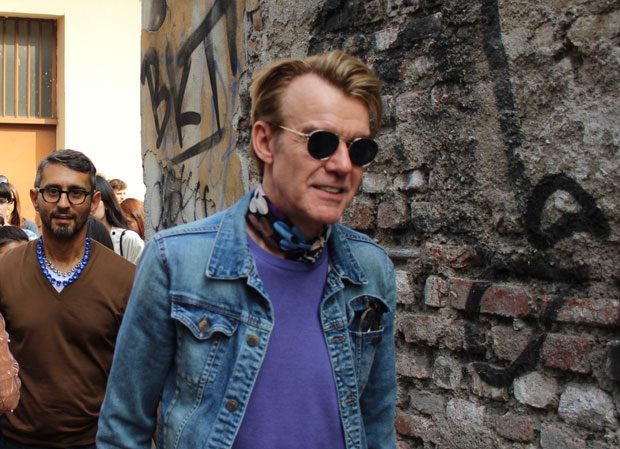 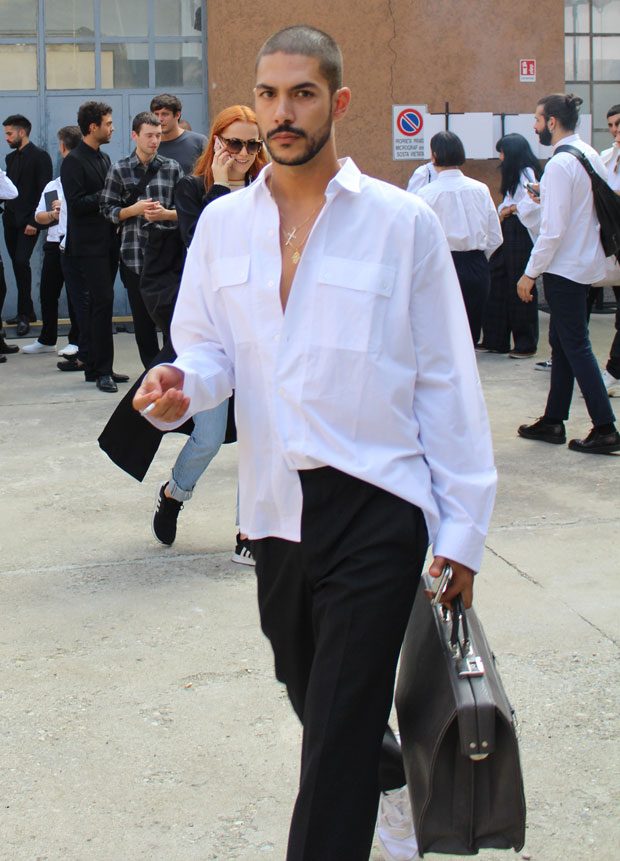 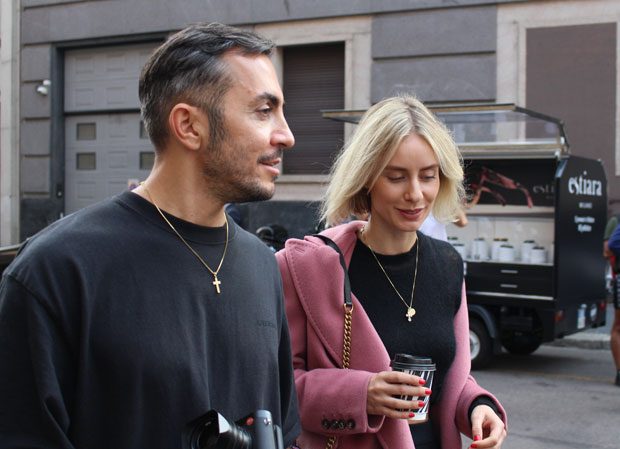 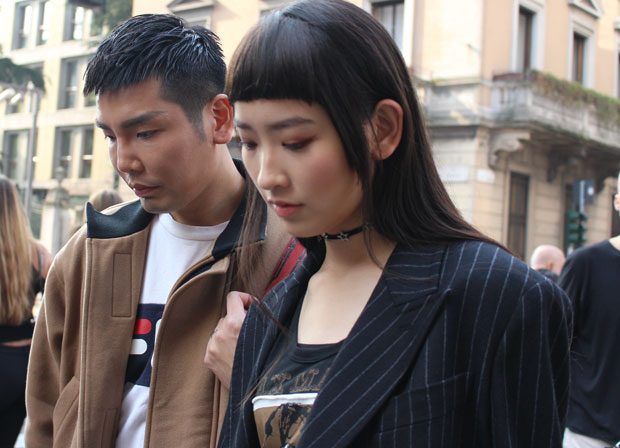 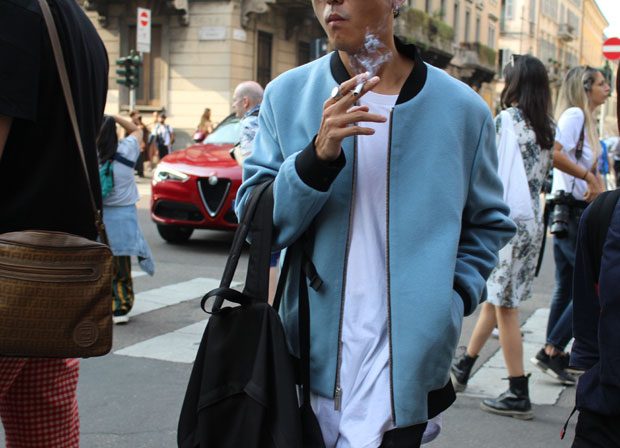 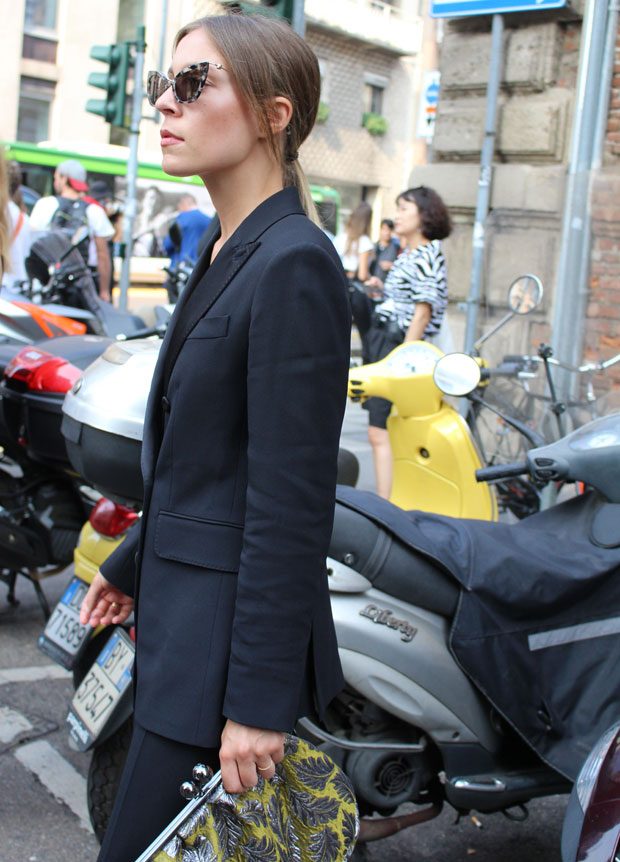 Even better the catwalks had models that reflected all the diversity in the crowds outside and on the front rows. We saw models of all ethnicities walking big shows as well as the smaller one, Max Mara, Jil Sander, Prada, Emporio Armani, Fendi, No.21, Moschino. It was like the quite strict runways of Milan fashion week had been injected with a sense of youth, even with the accessories and designs everything felt relevant to the times. There were a lot of streetwear references to nod at the street culture that’s been taking over fashion, yet each brand stayed true to the high luxury aspects of their identities (a balance many are failing to do). From show to show we were met with bright colours, metallics, reflective and transparent materials, styling that was chic yet playful.

If there was only one fashion tip to take from the ss19 season it was that Spring Summer 19 will be all about the accessories, which was not only informed by the collections but on the streets.

Moncler stood out by showing us how they fit into the digital world, by having a digital show in a warehouse, with 7 rooms showing a different and inspired presentation of their SS19 collection. One room featured animations of digital models wearing the SS19 designs, which is now fast becoming a new venture for fashion (with even Balmain recently releasing a digital models campaign with 3D with digital artist Cameron James Wilson). Over at Fendi Karl reminded us of his peak era in the 90s with one of his best shows of the 2000s. Fendi FW19 campaign star Adwoa opened the show and Adut Akech closed it, meanwhile having all shades of girls and all backgrounds in-between. It showed everyone that even though Karl is not as young as he used to be, he is as in touch as ever with the times.

In these times of politics and just general uncertainty, it’s great to see the fashion society only seeing more reason to make fashion week a joyous event. It seemed as if the clothes on the street were now just as important as the clothes on the runways.

If there was only one fashion tip to take from the ss19 season it was that Spring Summer 19 will be all about the accessories, which was not only informed by the collections but on the streets. Side bags continue to be all the rage whether you’re in luxury attire as seen at Max Mara & or in more casual aesthetics of jeans + t-shirt or sundress, which most people on the street opted for. Another great accessory you can add to your list were statement belts, from pocket belts, to ruffled belts, to click on belts, the options were endless. Also, most of you will be happy to know that though mini sunglasses are still in, large sunglasses are cool to wear again (no matter what Kanye tells Kim this time) cause they were on all the runways and on the guests. Bella Hadid sported some large cat eye polka dots glasses (yes polka dots are also back) on the Fendi runway, while the integrated men’s and women’s show at Byblos showed models in large reflective glasses. Though the SS19 women’s collection wasn’t my favourite collection from Donatella, I had to admit it had some of the best accessories of the whole week. The collection brought back the tinted see-through shades, had innovative plug detail belts, the must-cop transparent Versace printed bags. 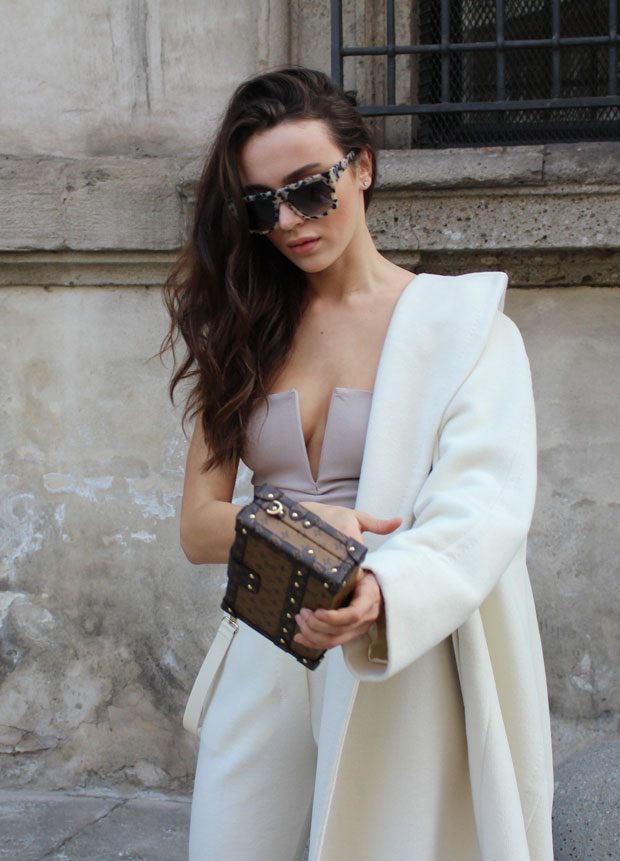 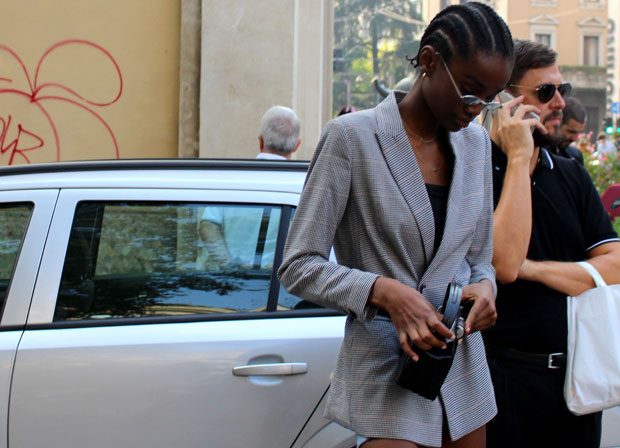 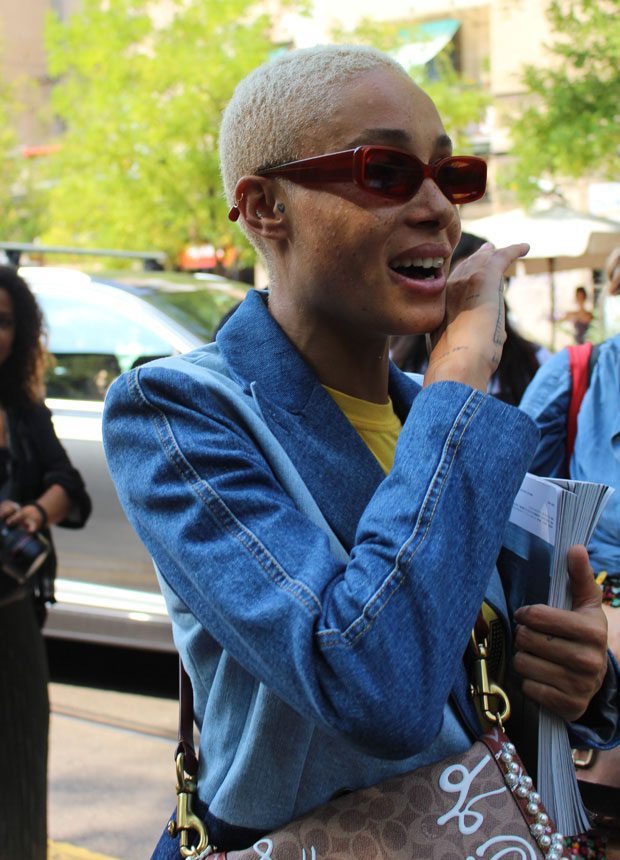 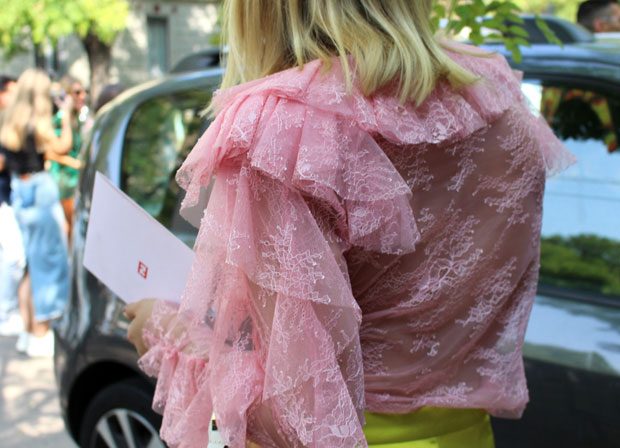 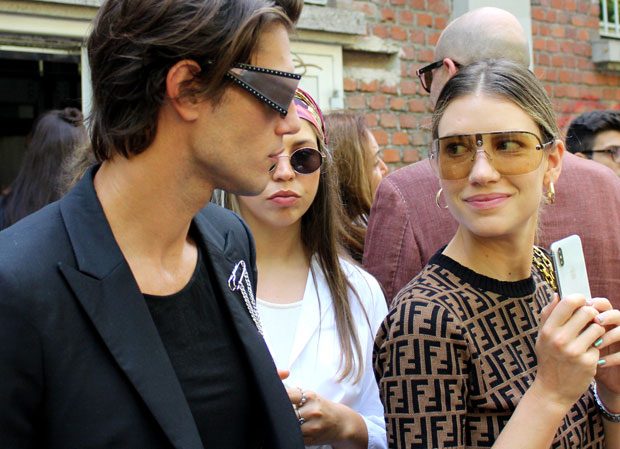 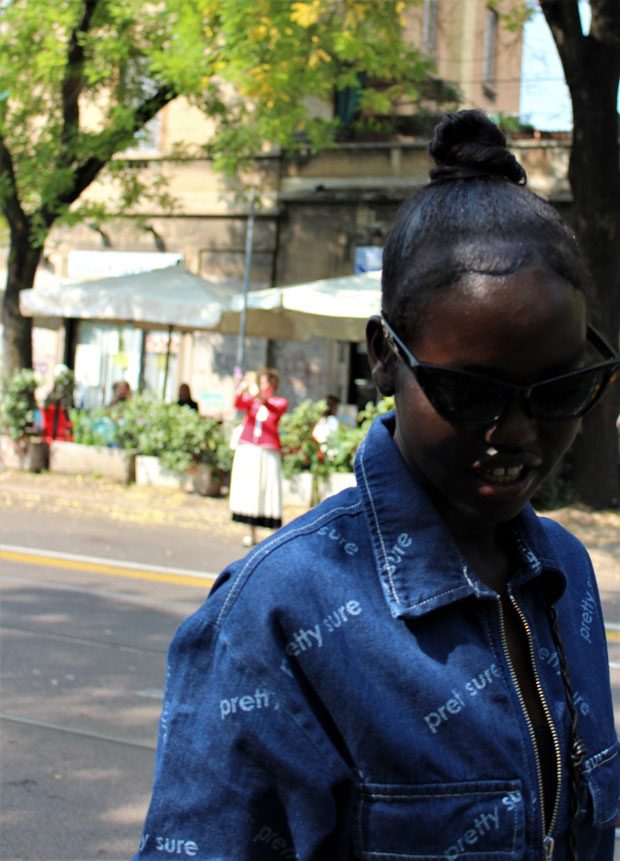 In conclusion to the festives of the week, it’s safe to say that, Milan, like all of fashion, is looking to the future and evolving with the times. The leaders of fashion are finally seeing that with inclusion and optimism, fashion has room to reach it’s the most powerful and impactful peak. I’m hopeful to see this new era of fashion continues to evolve the industry and change stigmas/backwards beliefs that have stifled the growth of its creativity. Here’s to an optimistic and joyful Spring/Summer 19 season, it will be a season to remember.