Illustrator: Gari Taxali
Web Portfolio: www.garytaxali.com
Clients: Rolling Stone, Esquire, Time, Newsweek, Fortune, The New York Times, Entertainment Weekly, Fast Company, Reader’s Digest, Business Week, Warner Bros., Paramount Pictures, Converse, Levi’s, Sony, McSweeny’s, MTV, Coca-Cola
Biography: Gary Taxali was born in Chandigarh, India in 1968. A year later, he and his family immigrated to Toronto, Canada. The encouragement of his parents led Gary to take art classes as a child which eventually led him to pursue an art education. In 1991, he graduated from the Ontario College of Art and immediately began working as a professional illustrator. A few years later, he began showing in various exhibitions and galleries throughout North America and Europe. In 2005, he launched his first vinyl toy, The Toy Monkey, which included a special edition specifically created for The Whitney Museum of American Art in New York City. Gary was also asked by the Whitney Museum to donate a limited edition print to be given to top donors at their annual fundraising Art Party. Aside from his gallery shows and illustration work, Gary also devotes a portion of his time traveling through lecturing and teaching at various arts organizations and schools such as The Ontario College of Art and Design in Toronto, Canada. He is a Founding Member of IPA (The Illustrators’ Partnership of America) and sits on the Advisory Board of 3×3: The Magazine of Contemporary Illustration. Currently, Gary is working on his next mass production toy figure, “Oh No“, and “Oh Oh” under the name of his new company, Chump Inc. as well as ‘This Is Silly”, a children’s book published by Sholastic and slated for a summer 2009 release.
60
SHARES
ShareTweetPinterest 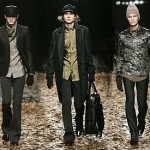 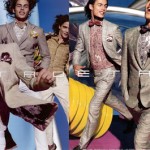