The 22 year old Aussie beauty Abbey Lee Keshaw is chosen to star both in print and video adverts of the new Gucci fragrance, Flora. Photo adverts were shot by Inez and Vinoodh, while video direction went by director Chris Cunningham, who's well known for his work in music video, commercial, and video art. Shoot took four days, during July last year in Latvia, the field was created using more than 40 000 fake flowers.
“Flora is lighter, the floral scent of course evokes a younger consumer, and she has a hedonistic, daring side. I don’t want to say that Flora is the daughter of Gucci by Gucci but maybe the younger sister,” said Giannini. 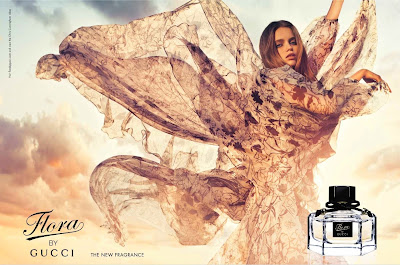 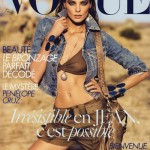 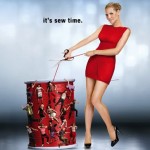