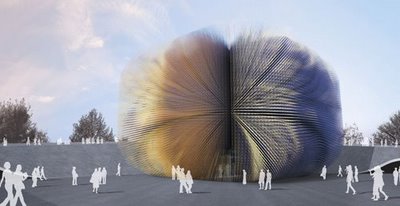 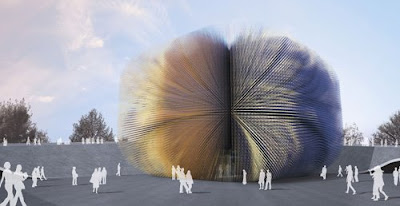 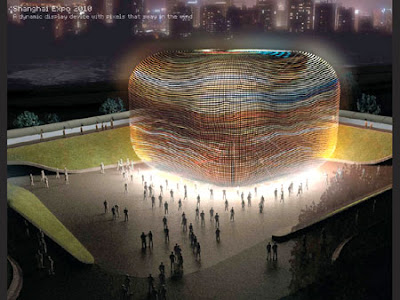 Project: UK Pavillion EXPO 2010
Designed by Heatherwick Studio
Location: Shanghai, China
Estimated price: US$19.55 million
Website: www.heatherwick.com
The United Kingdom plans to invest between 10 million pounds (US$19.55 million) and 12 million pounds in World Expo 2010 Shanghai.The design of the UK Pavilion, unveiled last November, was among the four most anticipated attractions of the event, according to an online survey at the time.Designed by Heatherwick Studio, the pavilion is in the shape of a big cube with thousands of spines that hover in the air. The spines swing in the breeze and are tipped with tiny, colored lights that display various images.The pavilion will become a symbol of the UK’s commitment to sustainable urban development as it will be built from materials that are recyclable and carbon-neutral.
The UK Pavilion has a 6,000-square-meter plot on the east bank of Huangpu River. UK is expecting its national pavilion to attract 50,000 visitors a day during the six-month Expo period.