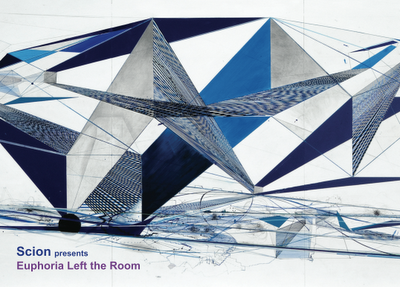 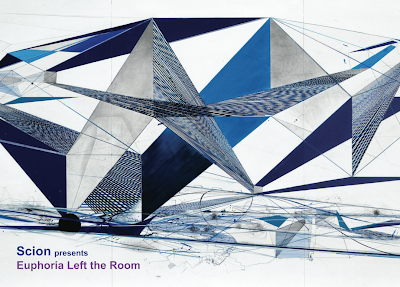 Scion Presents: Euphoria Left The Room
Date: November 21 – December 12, 2009
Place: Scion Installation L.A.
Opening Reception: Saturday, November 21st, 2009 | 7-10pm
Complimentary Valet & Open Bar
Website: scion.com/space
Euphoria Left the Room, curated by Judith Schwarzbart (curator of the Copenhagen Quadrennial: U-TURN), is an exhibition addressing the sense of creativity and visionary imagination, which throughout the 20th century was set free through experimentation and what-if scenarios governed by the “if anything was possible” logic commonly displayed in Sci-fi literature and film. This exhibition wishes to question what fragments of this avant-garde thinking and visual experimentation are still at work in contemporary art practice. More about the participating artists under the cut:
Ann Lislegaard is a Norwegian-born but Copenhagen-based artist, whose work has been exhibited internationally – from London and Seattle, to Tokyo and Los Angeles and many other global locations.

Ferdinand Ahm Krag, a Copenhagen-based artist has been featured in many European shows. Euphoria Left The Room marks his US debut.

Jacob Dahl Jürgensen was born in Denmark but lives and works in London, having received his MA in Fine Art there. He works in sculpture, collage and installation, often referencing the history of modernist art and design, esoterica and popular culture.

Lisa Schmidt-Colinet is an architect based in Vienna. Since 2001 she has been collaborating with Alex Schmoeger on architecture projects, research and exhibitions.Since 2007 she has been a teacher at the Institute for Art and Architecture at the Academy of Fine Arts, Vienna.

Alex Schmoeger works as practicing architect in Vienna. He has implemented several cultural and housing buildings in Austria and is working on a social housing project in Vienna.

Florian Zeyfang, of Berlin, is an artist, video-maker and Professor for Moving Image at the Academy of Fine Arts in Umeå, Sweden. His work has been exhibited internationally and his videos have appeared in film festivals worldwide.

Maria Loboda was born in Poland and now lives and works in Berlin. Her work brings into play several elements that conjure up and oppose rarely associated fields, such as art and Occult sciences. She is renowned for the practice of setting up knowledge systems and their formalization, assigning them magic incantations or spiritual forces.

Tommy Støckel is a Dane who splits his time between Copenhagen and Berlin and has exhibited internationally. Geometry, scale and perspective are essential to his work,which also reflects his interest in modernism and science fiction novels from the 19th and 20th centuries.

More information on this and previous exhibitions is available at www.scion.com/space.