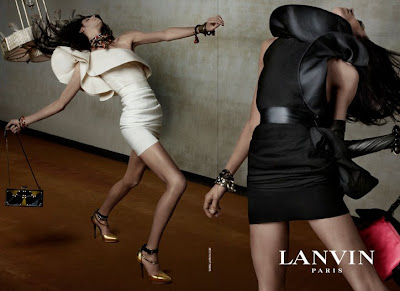 Ad Campaign: Lanvin
Season: S/S 2010
Model: Jamie Bochert |Women Model Management|
Photograper: Steven Meisel
Website: www.lanvin.com
IN MOTION: Fashion ad campaigns have recently been loaded with prostrate models. “I thought maybe we need a bit of action,” said Lanvin’s artistic director, Alber Elbaz. Cue the French house’s women’s spring-summer advertising, shot by Steven Meisel and featuring Jamie Bochert in one heck of hurry, rushing down a corridor in a New York studio. “She moved so fast, even the chandelier was moving with her,” Elbaz said. Bochert was fully qualified for the fast-forward campaign, as Elbaz related that the model recently pursued a purse snatcher for 12 blocks in Brooklyn — and reclaimed her bag from the thief. “That’s the kind of girl I like,” Elbaz said. – from WWD
+ Jamie is also part of Marc Jacobs Spring Summer campaign.
105
SHARES
ShareTweetPinterest 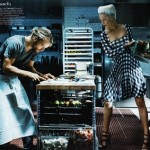