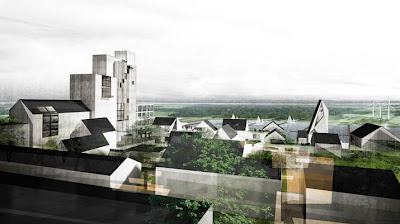 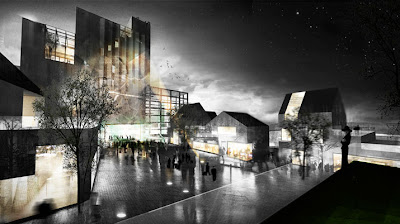 The Modern Castle
Designer: DEVE Architects
Location: Augustenborg, Denmark
Website: www.DEVE.dk
DEVE Architects from Denmark has won the EUROPAN 10 contest for Augustenborg with project "The Modern Castle". How can Augustenborg revitalize the local connection to its unique natural environment while asserting itself as a significant cultural node within the region? With its rich history and beautiful natural landscape, Augustenborg has the potential to play an important role in the further growth and development of Als. Continue for more after the jump: 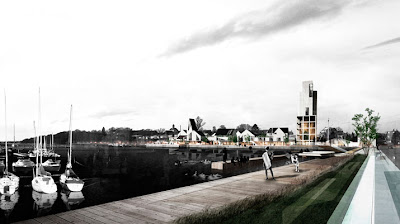 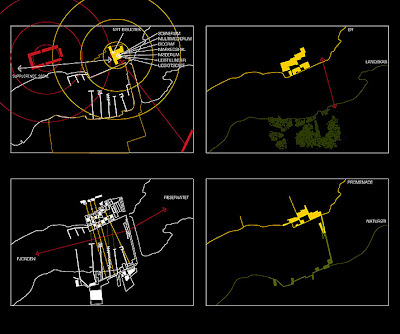 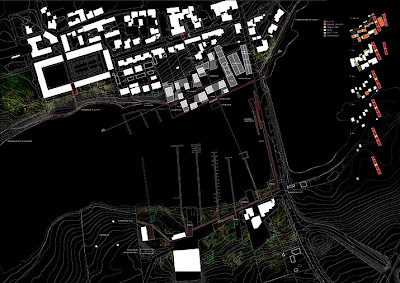 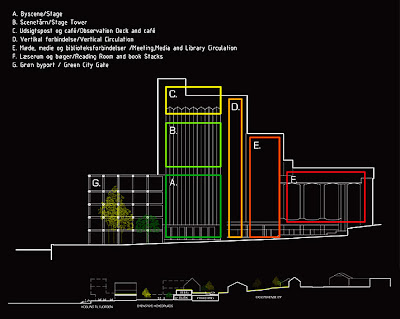 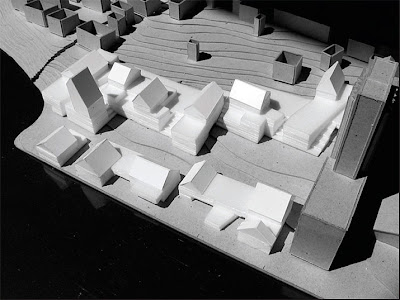 The city lies at an important point along the main traffic artery connecting the ferry terminal at Fynshavn across the island, and benefits from a close proximity to thriving Sønderborg. This relationship to Sønderborg, as well as its location compared to other Als cities puts Augustenborg in a unique position to be a significant node within the middle of the island. The existing natural landscape, which includes dense forests and the scenic Augustenborg fjord, also contributes to the city’s unique character.

The predominant social characteristic of modern Augustenborg, is the yacht culture which has developed due to the ideal sailing environment in the fjord. Historically, Augustenborg Palace was the driving force behind the growth and development of the city of Augustenborg, and it remains a prominent building and even place of employment in the region. The industrial facilities which currently define the harbor once played a more important role in the economy of Augustenborg, however the scale and use of those structures are now the primary barrier between the residents and the water that has such a profound influence on the culture in the city. While the large structures are particularly imposing, that physical presence has left an indelible mark on the city that is an important aspect of Augustenborg.

By preserving some of the existing industrial structures, and infusing them with some of the cultural relevance of a castle, it is possible to create a vibrant new extension of the city. Historic Augustenborg Palace initially dictated the shape and growth of Augustenborg, but now a Modern Castle is required to establish a true city center in Augustenborg that can serve the entire region’s cultural and technological needs. The new city center will seize the waterfront from industry and provide more intimate moments of interaction for all people within the natural environment. 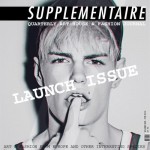 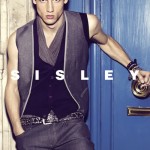