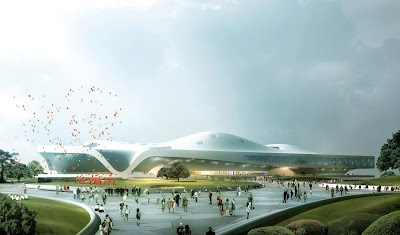 Project: Wei-Wu-Ying Center for the Arts
Designed by Mecanoo
Location: Kaohsiung City, Taiwan
Website: www.mecanoo.nl
Mecanoo’s Wei-Wu-Ying Center for the Arts has broken ground in Kaohsiung with a festive public celebration hosted by President Ma Ying-jeou and attended by Architect Francine Houben. The new cultural complex will be the largest in Asia at 141,000 sqm, featuring the most modern in theatre technology, housing a concert hall with 2000 seats, an opera house with 2250 seats, a playhouse with 1250 seats, a recital hall with 500 seats, a public library and studios for music and dance. Continue for more after the jump: 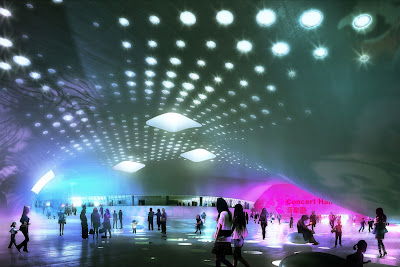 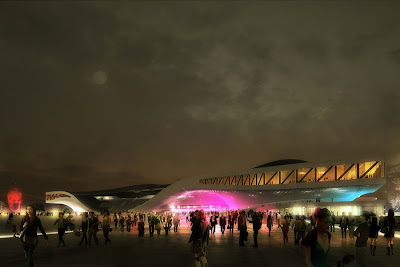 The Wei-Wu-Ying Center for the Arts sits in the northeast corner of the metropolitan park, which functions as a great green lung for Kaohsiung. The center is not only the first performing arts facility in southern Taiwan, but also the largest investment in culture and the arts made by the Taiwanese government in the last two decades. The center promises to be the new icon for the 2.7 million residents of Kaohsiung and marks the transition from a port city to a modern, cultural metropolis.

Francine Houben, founding architect and creative director of Mecanoo, based her design on Dutch architectural concepts which involves the seamless integration with the surrounding landscape. Inspired by the lush banyan trees in Wei-Wu-Ying Park, she created the organic and liberal theme for the Center’s design. The tree trunks, aerial routes and shade create a space dotted with openings which allow fresh air to flow. Through the integration of the open space, the green belt and the vast area itself, the Center and the Park become one.

The great roof provides shade and protection from Taiwan’s tropical climate and forms an informal public space where city residents can stroll, practice Tai Chi, meditate or just relax. Inspired by ancient Greek theatre, an outdoor seating area on the roof was created, just at the point where the roof dips to the ground. The surrounding park in turn becomes an informal stage. The park features light slopes, valleys and water pools creating intimate public spaces.

Mecanoo architecten was founded in Delft in 1984, employing over 90 professionals in the fields of architecture, interior design, urban planning, landscape architecture and architectural engineering. The award winning practice is directed by its original founding architect/director Francine M.J. Houben. With projects all over the world, Mecanoo has a diverse range of project types including libraries, theatres, museums, urban plans, residential neighbourhoods, private villas, high rise, university and academic buildings, office buildings and even a chapel. 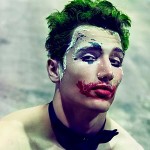 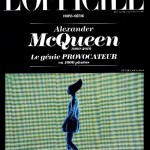