Canadian Olympic Team Rebrand
Art Director / Designer Ben Hulse
Website: benhulse.com
After an amazing success of Canadian Olympic team they thought it is time to take on a task of re-branding, hired for the job was Art Director and Designer Ben Hulse. The first glimpse into the new brand was revealed beginning of June, the rest of the new visual identity will be revealed by the end of 2011.

View more images of the rebrand after the jump: 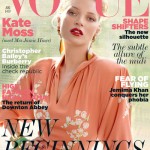 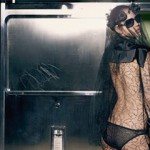