Damien Hirst at Tate Modern
Website: www.tate.org.uk
From April at London’s Tate Modern you can see the first major UK retrospective of Damien Hirst’s work, bringing together key pieces from more than two decades of his career. In somewhat unexpected and well criticized move by the Tate to organize the exhibition, pieces such as the famed diamond-covered skull as well as the iconic suspended shark in formaldehyde sculpture are included.

Discover more of his work after the jump: 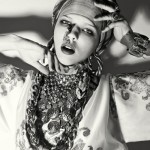 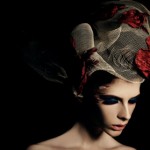