Read part of Robbie's feature after the jump:

On becoming a dad:

„There’s something about to happen to me, that I have no understanding of, which is why I’m focused on: who the fuck am I? At the minute it’s scary! Because I’ve been a pop star since I was 16 and I’ve had to do fucking nothing for myself. And now I’ve got this little thing coming into the world that I am responsible for and it’s terrifying me! It’s scaring me … what if I egomusic? What if I can’t do selfless? What if I just can’t fucking do it? What if I am 70s dad? Or a 60s dad?“

On the entertainer Robbie Williams:

„Well you see the whole entertainer thing, has come from A  – which I’ve said before – which is not thinking that I’m a singer, and B not thinking that my songs are very good. Massive, daft insecurities, that exist on some far away level now, they’re not as prevalent as they were, but if it wasn’t for that I wouldn’t have built up this thing that I had to do to keep them entertained. That’s where it came from! You know, like Lady Gaga; look at me, look at me, don’t look at me. I’ve got this big fucking thing on, I’ve got daft shit on, look at my daft shit!“

On Neil Tennant´s question what to expect from the upcoming album:

„Imperial. Imperialness. Maybe one or two more, before it’s you know…“ 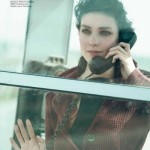 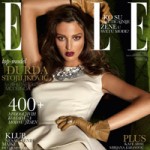