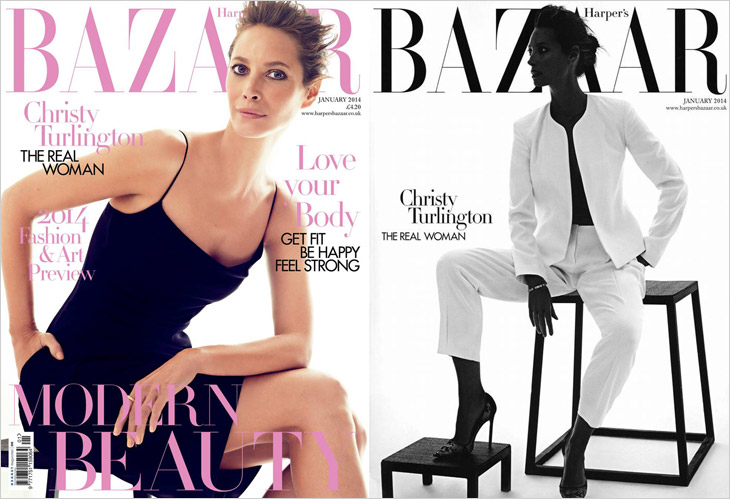 British edition of Harper's Bazaar starts the year 2014 with the ultimate supermodel Christy Turlington shot by fashion and celebrity photographer Alexi Lubomirski. Enlisted for the cover and accompanying editorial styling is fashion stylist Leith Clark. The fitting name of the corresponding story is Enduring Beauty.

Within the industry, Turlington quickly established a reputation for being ‘the nice one,’ she says. “I realized that all I had to do was be early, hang up my clothes and be polite and then I’m known as ‘the nice one’. I’ll take nice! I was happy to hold something or help somebody else when it wasn’t me being photographed.” In her mid-twenties, she enrolled at the NYU to study Comparative Religion and Eastern Philosophy. “I’ve definitely challenged myself,” she says. “Whenever I’ve got too comfortable, I’ve gone back to school or back on the road.” She likes the fact that her looks are less focused on these days. “Age has allowed me to be viewed in a different way. I’m not a threat to anybody, whereas maybe as a younger model people might think, ‘Oh, she’s a model, is she talking to my husband?’ Not that I was ever the kind of person to be concerned about – but I think there’s a weird insecurity that other people have. It’s nice to be a woman who’s in my mid-forties like other women.” – from Harper's Bazaar UK

Discover more of the supermodel for Bazaar UK below: She doesn't really watch what she eats, she says -“I’ve never deprived myself of anything, but the things I crave tend to be things that are better for me” – but she famously practices yoga and recently took up running. – from Bazaar UK 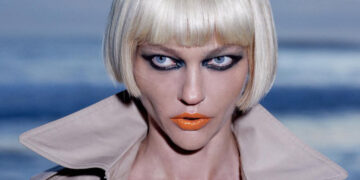