"Detachment?" he says, appalled. "Not at all. My sessions are very heated affairs. When I take nude photos, it's very sexual. But I'm quite particular about my nudes. I don't like exhibitionist women, like the ones you see in the pages of Playboy.

"No, no. I don't like that at all. If I were to take your picture now, for example, I'd tell you to take all your clothes off but stay in exactly the same position. You would be shocked and embarrassed; you would go red and probably try to cover yourself up, and that's what would make it really pretty. I like nudes where you can feel the emotion: I like that mix of timidity and nakedness."

Born to a father who spent most of his life in Africa and to a French mother, Demarchelier was only 17 when he announced his vocation to his parents, who had divorced when he was in his early teens.

"They were pleased," he says, "because I was just this layabout who wasn't very good at school. Luckily my dad was able to witness the beginnings of my success before he died."

Even before being given a camera, he describes himself as "always taking pictures with my eyes". – from Telegraph For more log on to the official Vogue Japan web page www.vogue.co.jp 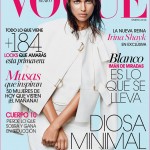 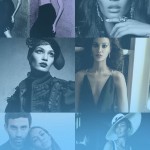