Maul Meets comes as a regular feature by our Fashion Editor Christopher Maul in D’SCENE Magazine – the print edition of Design Scene and Male Model Scene. This time Christopher met with up and coming London designers, and one of them is the very promising Xander Zhou.

Though not strictly a Londoner, Xander Zhou presents each season at London Collections: Men. This is reason enough to be considered as one of the city’s exciting menswear talents. The Beijing based designer, known for his bold take on proportions and playful aesthetic, speaks to me about his journey since setting up his label in 2007.

Where did you study?
I studied Graphical Design in Beijing and Fashion Design in The Hague.

When did you first become interested in fashion?
I think I have always been very particular about fashion. Already as a kid I used to modify my clothes to adjust them to my taste. I remember after going to university in Beijing, I once had a tailor make me a grey outfit that I designed. Next season I saw a very similar outfit in a fashion magazine. For me that was a sign that I perhaps had what it took to be a fashion designer. After I went to the Netherlands, I got a sewing machine for my birthday and then I started to make clothes myself. I think that is when I knew I was going to be a designer.

Describe your ideal customer – Who wears Xander Zhou?
Honestly speaking, it is impossible to define an ideal customer. You never know who is going to wear your designs. I know from practice that my designs are worn by quite a broad range of people – men and women, young and old. What they have in common is perhaps a craving for detail. They want to stand out, but without losing touch with reality. I don’t want to shock on first sight, I like to design pieces that can be savoured slowly and thoughtfully.

Who do you admire?
I get inspired by different groups of young people who are not held back by mainstream conventions, who do not care about trends or fashion, and are therefore cool and refreshing. Designers whom I admire include Miuccia Prada, Rei Kawakubo and Nicolas Ghesquière.

Do you plan on designing womenswear?
Nope. Actually I feel there is no need, since my designs are already worn by women.

Why do you decide to showcase in London?
Because among the internationally renowned fashion weeks, London is the place that showcases the most exciting new and young fashion. It is hard to find any other place in today’s fashion world that cherishes freedom and unconventionality to such extent.

What’s in the pipeline for you?
Every season, my new collection is the most exciting thing. I have also launched a capsule collection called Xander Zhou Daily, which is an exciting new venture.

For more of Xander’s work log on to www.xanderzhou.com. You can read the whole Maul Meets in the new D’SCENE Magazine, also featuring Bobby Abley, Baartmans & Siegel, and palmer//harding, get your copy below. 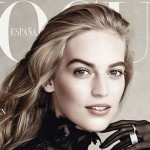 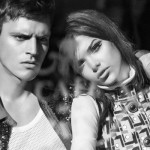