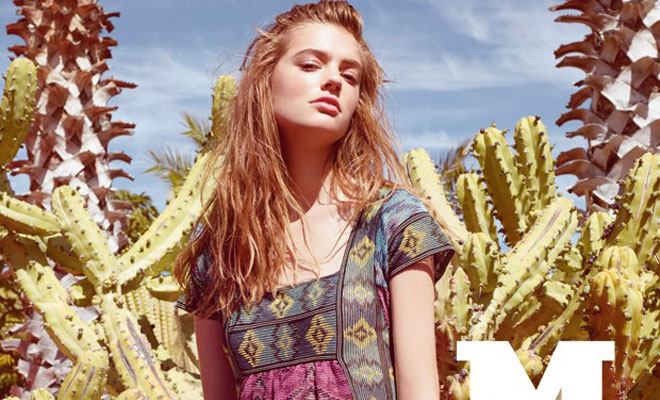 New M Missoni campaign starring the gorgeous Emmy Rappe photographed by Mel Bles (D+V Management) is captured on the striking island of Gran Canaria, the images were inspired by Frida Kahlo and Mexico itself. Rose De Mexico inspiration goes hand in hand with the Cactus Garden used as the backdrop of the new advertisement starring the Swedish top model. Emmy’s mother agency is Stockholmsgruppen while globally she’s represented by IMG Models in New York, Paris, Milano and London.

The art direction for the session was handled by Ben Kelway while the styling was in the hands of Vanessa Reid. The session is corresponding with a video where technicolor moment draws inspiration from the world of video games.