“We approached Robert Pattinson for the Dior Homme autumn 2016 campaign, he was already the face of the Dior Homme Fragrance and he was thrilled to be also the face for fashion. When we told him that Karl Lagerfeld was going to shoot the campaign, Robert was even more enthusiastic and indeed, the campaign is perfectly reflecting the spirit of Dior Homme.”- Sidney Toledano 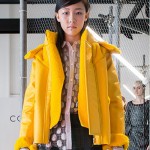 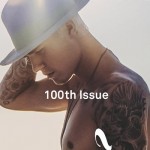