Four years later Adele returns to the cover of American Vogue this time with the shoot by the legendary Annie Leibovitz. Clad by magazine’s Fashion Editor Tonne Goodman in a custom dress from Burberry Spring Summer 2016 collection the songstress continues with the best of new collections in the corresponding story. I was just shocked that all of a sudden I was 25! But actually I like myself more than ever. I feel so comfortable in my own skin. I really like how I look, I like who I am, I like everyone that I surround myself with – Adele for VOGUE US Her collaboration with the legendary producer Max Martin, producer of Taylor Swift’s “I Knew You Were Trouble,” resulted in the infectiously perky “Send My Love (to Your New Lover),” which she has admitted is “poppier than a lot of pop songs I’ve even heard.” The writing came in fits and starts. “Hello,” with Greg Kurstin, for instance, took almost four months to complete, while “All I Ask,” written with Bruno Mars and inspired by the power ballads of “divas from the nineties,” like Whitney Houston—“where the artist is really showing off their vocal range,” as Mars tells me—took a bare 48 hours. “We all crowded around the piano until we found something that sparked,” Mars remembers, a process that took “a day, and maybe one more day to make sure we weren’t tripping out and we actually had a song. It makes me very jealous because it doesn’t happen like that all the time!” – from American Vogue “I didn’t miss being in the spotlight,” she confides, “but I really missed that side of myself. I was happy to be lost in the wilderness for a while, but I was a bit frightened that I was never going to get back. I suppose there was lots riding on what to follow 21 up with. Once ‘Hello’ came out, I felt like I’d got nothing to prove. I’m just going to sing now because I want to, and I’ll make records when I want to and not because someone is forcing me to do it. Not that anyone ever has,” she adds, with a wicked twinkle in her eye. “I’d fire them if they tried!” – from American Vogue 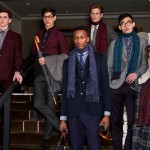 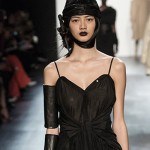