Philippe Garner, Christie’s Photographs Deputy Chairman, will dialogue with the Steve Hiett at the Galleria Carla Sozzani bookstore on the occasion of the volume Beyond Blonde published by Prestel. Talking will be held on Saturday 27th february 2016 at 5.00 pm. A selection of Steve Hiett photographs will be shown at Galleria Carla Sozzani from Saturday, February 27th to Saturday, March 26th, 2016.

In a brief introduction by Philippe Garner, testifies that the beautifully reproduced images in this book are further testament to Steve Hiett’s enduring imprint on the world of fashion photography. In late 1960s Steve Hiett started capturing the changing world of fashion through his distinctive, eye-catching photography. Since than he’s been working for Nova, English Vogue and the now defunct Queen magazine until he moved to France and started working for French Vogue and Marie Claire.  In New York he worked as an art director for fashion magazines and for Arthur Elgort’s Model Manual. Currently residing in Paris, Hiett works exclusively as a fashion photographer.

Hiett says about himself: « I do not think of myself as a “photographer”. I think of myself as someone who uses the camera to create images that I see in my head». He adds: «whether I take them in Paris or Miami, my photographs are middle-class stories of the suburbs; they are about being alone and dreaming». 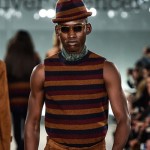 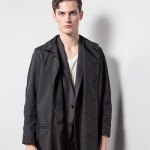