The SS17 collection was inspired by the moment that separated between the holiness of the Sabbath and the weekdays, according to the Jewish religion. While designing the collection I tried to illustrate the transition to the weekdays and the return to the work routine through the textile I chose for the collection which is mostly Denim and more subtle variations in forms of Cotton, Linen and other natural materials that characterize Denim. In order to emphasize the holiness of the Sabbath I used a tailored, festive and clean language, one that characterizes the Sabbath. – from Eliran Nargassi 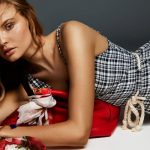 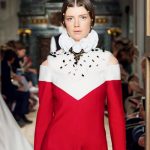