Designer MARIA GRAZIA CHIURI whose name was already in the air, however this morning the house of DIOR has officially confirmed the rumous.

The house of Dior is delighted to welcome Ms. Maria Grazia Chiuri as artistic director of women’s haute couture, ready-to-wear and accessory collections. – from DIOR

Chiuri is replacing Raf Simons who left the label in late 2015 Chiuri she is indeed the first female artistic director at Christian Dior. Maria Grazia Chiuri is widely known as the half of VALENTINO‘s dynamic designer duo who took over the position as codesigner with Pierpaolo Piccioli in 2008 after Valentino Garavani’s departure. “It is a great honour to be joining the house of Dior, I measure the tremendous responsibility of being the first woman in charge of the creation in a house so deeply rooted in the pure expression of femininity. The endless wealth of its heritage continues to be a constant source of inspiration for fashion, and I cannot wait to express my own vision.” – said Maria Grazia Chiuri

At this moment it is still unknown if this shift will also indicate changes at the house of VALENTINO, which seems likely to happen. Nevertheless today’s confirmation puts an end to the rumours involving the coveted designer position which at some point was speculated to go Alber Elbaz, Phoebe Philo, Sarah Burton or Olivier Theyskens to name a few. Chiuri is most likely the perfect fit for Dior taking in account also her background as accessory designer under Valentino Garavani, but also her work on the Couture collections at the Italian fashion house.

Dior Homme is still to remain under the helm of menswear designer Kris Van Assche. 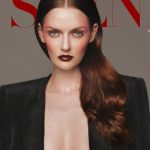 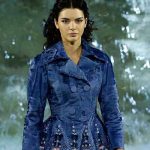