There is a good reason why so many people are talking about video campaign for the new feminine fragrance coming from French fashion house Kenzo simply named Kenzo World. The star of the advertisement is extremely talented young dancer and actress (star of critically acclaimed TV series The Leftovers) Margaret Qualley. The video was written and directed by an Oscar-winning director and screenwriter Spike Jonze. The choreography was done by Ryan Heffington, the man behind Sia‘s “Chandelier” choreography.

“KENZO’s artistic directors, Carol Lim and Humberto Leon, bring their vision of fashion to the world of perfume for the first time ever. A world in their image: bold, spontaneous, surprising, fun and colourful… A world that celebrates the liberty of expression, diversity and creativity. These self-taught Americans form a duo of style-seekers whose talent resides in pinpointing all that is cool, cutting-edge and outside-the-box. For the Autumn-Winter 2013 collection, Carol Lim and Humberto Leon made the eye one of the most identifiable fashion icons of the KENZO collections. Now the eye opens onto the world of perfume.“

To watch a must see Kenzo World video continue bellow: “KENZO entrusted the composition of its new fragrance to the exceptional perfumer Francis Kurkdjian. This avant-garde creator does not hesitate to mix… Genres, styles and materials. He takes perfume off the beaten path, shakes the classical dust off of flowers, and dares to go to extremes… This fragrance is an unprecedented blend of peony, jasmine and the sparkling crystals of ambroxan®. An unexpected, astonishing and addictive floral bouquet.“ 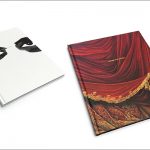 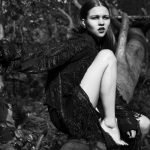